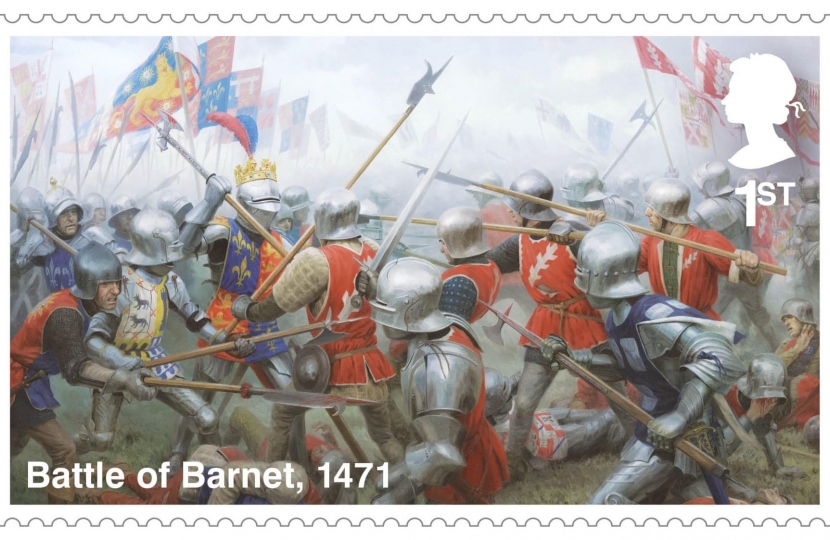 Welcome to my April e-newsletter. Much of this past month was of course overshadowed by the sad loss of HRH the Duke of Edinburgh. Moving tributes were given when Parliament returned early from its Easter recess. In the speech I made, I highlighted the contribution His Royal Highness made in helping to secure peace and reconciliation in Northern Ireland.

In the constituency, I have enthusiastically re-launched my #ShopLocal #BackBarnet campaign now that shops are back open, as well as pub gardens and outdoor dining. The success of the vaccination programme means that over half the adult population has received a first jab. This is allowing the roadmap for re-opening to progress as planned. So I would encourage everyone to head to our high streets to support local businesses. They have had a tough time after being forced to shut for some many months.

I managed to get my campaign to crack down on litter into the national media. My call for the ANPR network to be upgraded so it can be used to catch and fine people chucking rubbish out of cars was reported in the Daily Mail here.

Issues around overdevelopment continue to be a serious concern for many of my constituents and new plans are due to be revealed soon for Barnet House, Victoria Quarter and North London Business Park. I will be scrutinising proposals for these sites carefully and will oppose any that I feel are not right for the local neighbourhood. I am urging developers not to come forward with plans which are too dense or too high.

I have a long track record of calling out and condemning antisemitism and anti-Jewish racism and last week in Foreign Office Questions, I urged the Government to boycott the Durban IV UN conference. This event marks the 20th anniversary of the notorious Durban conference which degenerated into hatred, antisemitism and criticism of Israel that was excessive, disproportionate and unfair.

PS The Royal Mail have issued a special stamp to mark the 550th anniversary of the Battle of Barnet.

MP urges constituents to #BackBarnet and #ShopLocal
MP Theresa Villiers has launched a new “#BackBarnet #ShopLocal” campaign to encourage residents to return to high street shops and hospitality businesses now that Covid restrictions are being eased. With non-essential shops, hairdressers and outdoor hospitality venues able to open their doors again, Theresa has been out visiting local businesses, stopping off for a cup of tea at Em's Cafe in Whetstone. Read more....

Save Barnet Police Station!
MP Theresa Villiers has vowed to push for Barnet Police Station’s front counter to remain open permanently after the facility was temporarily put back into use. The counter at the station in Barnet High Street will be in operation for the next four months while the one at Colindale Police station is refurbished. Read more....

Villiers keeps up the campaign against inappropriate development
Safeguarding the local environment in Barnet has always been a top priority for Theresa Villiers MP. She has been closely following the debate on a number of sites in Barnet where new homes are being considered. She is also been involved in discussions with backbench colleagues about proposed changes to the planning system due to come forward in a Planning Bill expected in the Queen’s Speech in May. Read more...

London’s only battlefield: Battle of Barnet remembered 550 years after it took place
A commemoration service was held earlier this month to mark the 550th anniversary of the Battle of Barnet. The small socially distanced gathering took place at the memorial in Hadley Highstone. Fought in heavy fog on Easter Sunday on 14th April 1471, the battle was a decisive encounter in civil war between the rival York and Lancaster branches of the Plantagenet dynasty. Three kings were present that day, Edward IV, his prisoner the deposed Henry VI, and the future King Richard III. Read more....

Villiers hopes for progress at 'Five Plus One' talks on Cyprus
Theresa Villiers, MP for Chipping Barnet and President of Conservative Friends of Cyprus, has received assurances from Foreign Secretary, Dominic Raab, that he will attend the ‘Five Plus One’ informal talks on Cyprus in Geneva this week. These talks are being hosted by the UN with a view to establishing whether there is sufficient common ground between the two sides in Cyprus for formal negotiations to start again to try to reach a settlement. Read more....

Whilst social distancing rules remain in place, all Theresa’s surgeries will be appointment-only and will take place via Zoom unless there are exceptional reasons requiring a face-to-face meeting. The next surgery is on Friday 7th May starting at 2pm. Anyone wishing to see Theresa or her staff will need to make an appointment in advance. You will NOT be seen if you turn up without a pre-booked appointment. Bookings can be made using the contact details set out above.