Theresa grew up in St John’s Wood before going on to university in Bristol, where she achieved a first in law, and then Oxford, where she attained a BCL. A former barrister, she was a lecturer at King’s College London when the London Conservatives chose her to top the list of their candidates for the European Election in 1999.

In 2005, Theresa was elected to the House of Commons as MP for Chipping Barnet. She lives in Arkley in her constituency and works hard on local campaigns. In December 2005, after just seven months in parliament, David Cameron appointed Theresa to his Shadow Cabinet as Shadow Chief Secretary to the Treasury. As well as working with George Osborne on Conservative economic policy, Theresa led the Opposition scrutiny of the Finance Bills in 2006 and 2007 – this process is a notoriously complex and difficult task but Theresa gained vital concessions from Gordon Brown who was then the Chancellor. At David Cameron’s first reshuffle in July 2007, she gained further promotion and was appointed Shadow Secretary of State for Transport.

When the Coalition took office on May 2010, Theresa was appointed to the Privy Council and became Minister of State for Transport. Her role included overseeing the transport needed to support the hugely successful London 2012 Olympics and helping to secure the Government's major investment in our railways which is delivering the biggest rail improvement programme since the Victorian era.

Theresa was appointed to the Cabinet as Secretary of State for Northern Ireland in September 2012, a role she held until July 2016. In this role, she was responsible for delivering the successful G8 summit which took place in County Fermanagh in June 2013. As well as being the most peaceful G8 summit ever, the meeting delivered an international agreement aimed at ensuring that big multinational businesses pay their fair share of tax.

In 2014 Theresa chaired 11 weeks of cross party talks in Belfast resulting in the Stormont House Agreement which set out a way forward on resolving a number of crucial issues threatening the stability of the political settlement in Northern Ireland. After problems with implementation, Theresa stepped in again, chairing a further 10 weeks of talks in 2015 which delivered the Fresh Start Agreement. Without a successful conclusion to these talks, it is highly likely that Northern Ireland's devolved institutions would have collapsed.

Theresa was part of the campaign to leave the EU and in 2019, she was one of just 27 Eurosceptic Conservative MPs to vote against Theresa May's EU Withdrawal Agreement three times because it would have kept the UK indefinitely subject to EU rules without any say over them.

Between summer 2019 and February 2020, Theresa served in Boris's first Cabinet as Secretary of State for the Environment, Food and Rural Affairs, presenting ground-breaking legislation to Parliament. That includes an Environment Bill to set demanding new targets on cleaning up air quality and protecting nature and biodiversity, as well as legislation on farming and fishing which will see the UK leave the EU's CAP and CFP and replace those programmes with a better greener alternative.

Theresa has been re-elected four times as Barnet's MP, in 2010, 2015, 2017 and 2019, and keeps up a very busy programme of campaigning and engagements in her constituency. Her local campaigns include:

You can read more about Theresa's campaigns by clicking here. 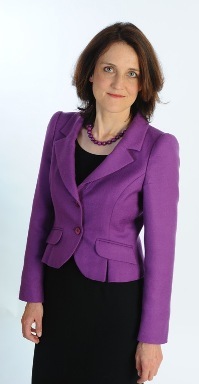