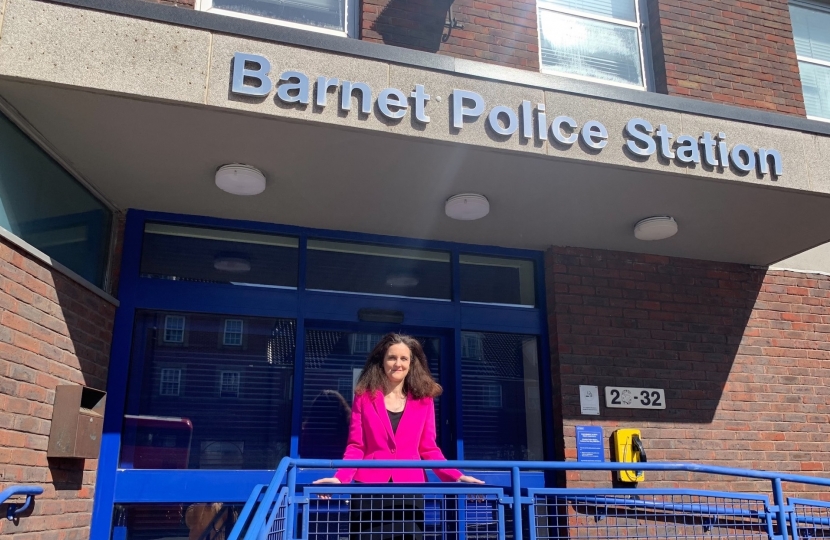 MP Theresa Villiers has vowed to push for Barnet Police Station’s front counter to remain open permanently after the facility was temporarily put back into use.

The counter at the station in Barnet High Street will be in operation for the next four months while the one at Colindale Police station is refurbished.

Conservative London Mayor candidate Shaun Bailey has pledged to save our local police station and keep its counter open if he is elected on 6th May.

“At least for the next four months Barnet will have a police front counter, but we need this state of affairs to be permanent,” said Theresa.

“Time and again residents tell me they want public access at Barnet Police Station and that they shouldn’t have to go to Colindale – more than five miles away.

“Mayor Khan was the person who decided to shut the front counter at Barnet police station and he is planning to sell off the building for redevelopment. I am urging my constituents to back Shaun Bailey in the Mayoral election to save our police station and secure its future at the heart of our community.”