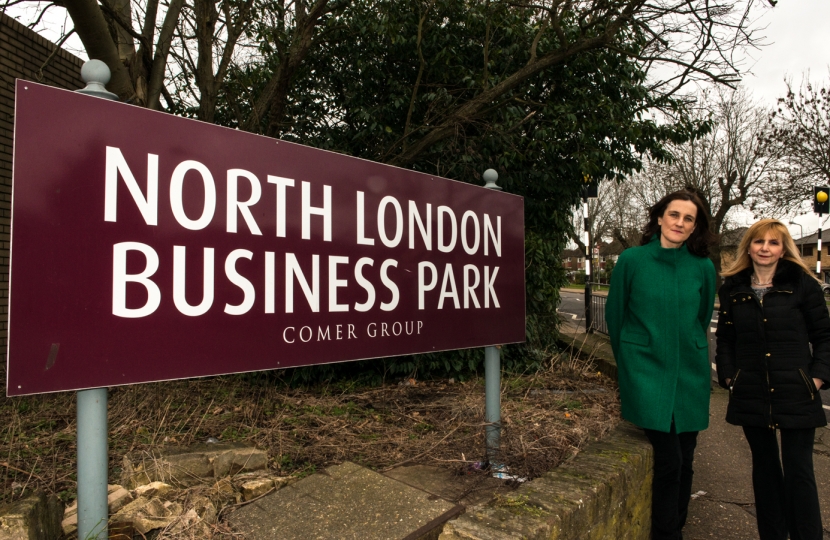 News broke this week that Comer Homes have won their appeal against Barnet Council’s decision to turn down their application to build blocks of flats in North London Business Park. This will mean buildings of up to 11 storeys will be constructed in NLBP with 1350 residential units. Theresa Villiers, MP for Chipping Barnet, has been campaigning against the Comer plans. She has issued the following statement condemning the decision to allow the development:

“It is disgraceful that the planning application for tower blocks in North London Business Park has been given the go ahead. I strongly disagree with this decision by the Ministry of Housing, Communities and Local Government. I have been campaigning against this development for many years. It is hugely disappointing that the concerns of local residents have not been listened to.

“These blocks of up to 11 storeys are totally out of line with the character of the surrounding neighbourhood in Brunswick Park and go against the principles on tall buildings set out with the Barnet Local Plan. The big increase in population these proposals will bring is going put real pressure on local roads and services.

“Many residents strongly oppose the development. Barnet Council’s planning committee turned down this application for 1350 flats and they were right to do so. MHCLG have made the wrong decision. They should have upheld the local decision made in Barnet and rejected the appeal by the developers, Comer Homes.

“I am contacting Comer Homes to ask for an urgent meeting to try do everything I can to mitigate the impact of this development on constituents living in neighbouring roads.

“The only bright spot in an otherwise grim picture is that the MHCLG decision on the appeal gives permission for a new school building for St Andrew the Apostle School. Although I have opposed the residential part of the Comer development since it was first proposed, I have always supported the plans for a new building for St Andrew’s School.”