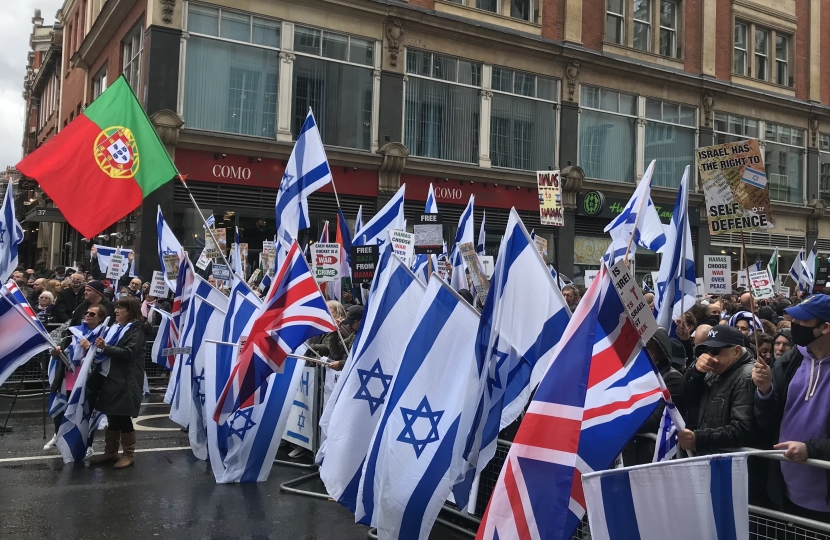 A Government decision to boycott the UN’s Durban IV conference following concerns about antisemitism has been welcomed by Chipping Barnet MP Theresa Villiers.

A long-time campaigner against antisemitism, Theresa had urged the Foreign Secretary to announce the UK would not attend, raising this in the House of Commons and in a letter to Mr Raab.

In her letter, Theresa highlighted that the forthcoming event was due to celebrate the 20th anniversary of the 2001 UN Durban conference against racism which had involved “hatred, antisemitism and criticism of Israel that was excessive, disproportionate and unfair”. Copies of antisemitic propaganda, including The Protocols of the Elders of Zion, were reportedly distributed at the parallel NGO conference in 2001 and representatives of Jewish NGOs were harassed.

2I am very pleased the UK has announced it will join countries like the US, Australia and Canada in staying away from this conference because it has a history of antisemitism going back 20 years,” said Theresa.

“The UK boycotted the 2011 Durban conference for the same reason. Taking a consistent approach to Durban IV this year is very important in order to reinforce the message that antisemitism is completely unacceptable."

“It also shows that the UK remains a leading voice in combating racism.”

The UK was the first country to adopt the International Holocaust Remembrance Alliance (IHRA) working definition of antisemitism in 2016, Theresa added.