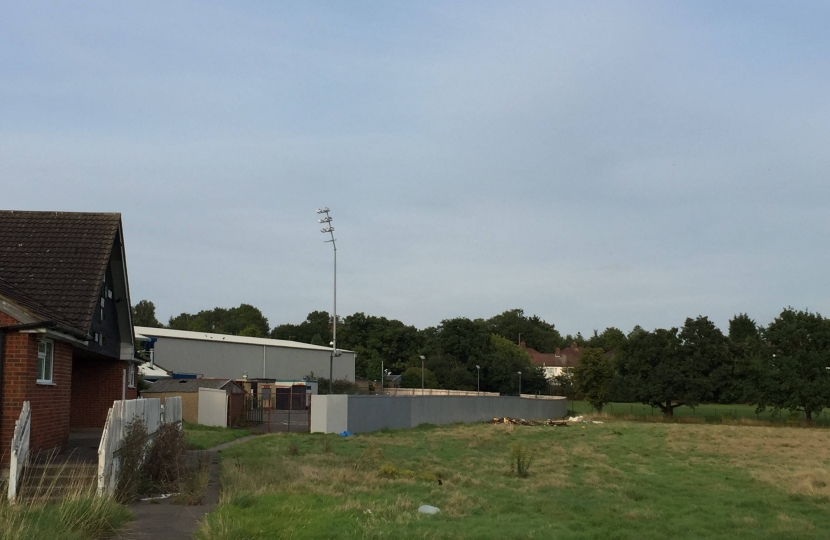 Following the announcement by the Ark Academy Trust (Ark) of the scaling down of their plans for a new school at the Barnet Football Club ground in Underhill, the local MP for Chipping Barnet, Theresa Villiers, has given the news a cautious welcome, but called for further changes to the Ark proposals.

In 2015, the Education & Skills Funding Agency (ESFA) bought the Barnet Football Club stadium at Underhill. A planning application was submitted in late 2016 to build a new Ark Pioneer Academy school including a 60 place nursery provision, a two form-of-entry primary school, six form-of-entry secondary school and sixth form. This application was rejected by Barnet Council, with strong concern expressed by local residents about the impact of school-related traffic on surrounding roads.

A few days ago, Ark submitted a new planning application for the redevelopment of the site. They have revised down the scale of their proposals, reducing the size of the school and removing both the nursery provision and primary school.

Responding to these plans, Theresa Villiers said, “I welcome the changes made to the Ark proposals. Ever since Ark first disclosed their plans for Underhill, I have been urging them to listen to local residents and scale back their proposal by reducing the number of pupils and removing the primary school element. These new plans are therefore a step in the right direction.”

“I set up a meeting to enable constituents to meet EFSA and Ark at an early stage and worries about the size of the school and traffic impact were obvious from the start. A particularly high number of car drop-offs would be expected if a new primary school were to be built at Underhill. So this recent change of heart by Ark is good news.”

“Even with the significant alterations Ark has made, I remain concerned about how big the school would be. It seems that much of the need for new school places comes from the west of the borough, some miles away, not the area immediately surrounding the school. I believe that more needs to be done to reduce the traffic impact of the school. That should include a further reduction in proposed pupil numbers.”

“Ark have moved in the right direction but they need to make further changes to their proposals. I will continue to listen to my constituents and work with them to ensure that whatever is built in Underhill, action is taken to address the impact on traffic and parking in narrow residential roads around the site.”