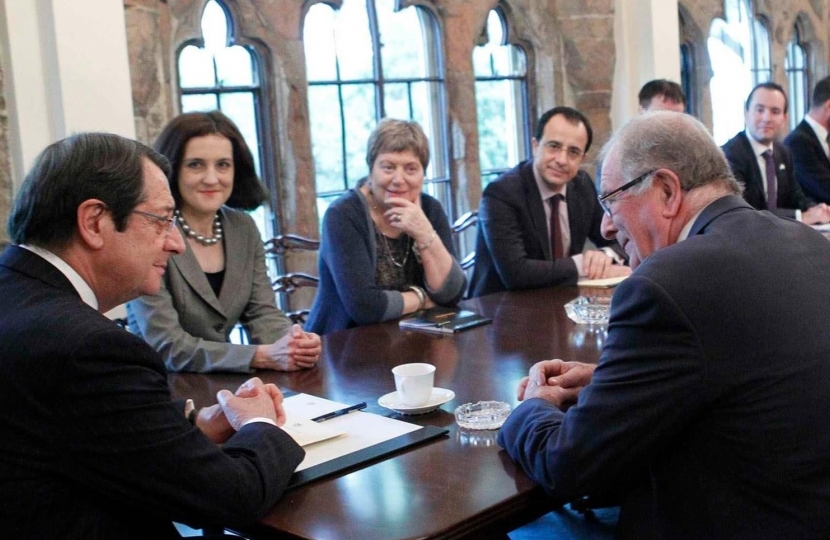 Chipping Barnet MP, Theresa Villiers, was part of a delegation from the All Party Parliamentary Group on Cyprus to undertake a three day visit to Nicosia for a series of meetings from 9th to 12th February. The group met the President of the Republic of Cyprus, Nicos Anastasiades, and a number of other senior figures in Cypriot politics.

At the conclusion of the visit, Theresa Villiers said “This is a crucial time in the negotiations for a settlement in Cyprus. I came on this visit to show support for efforts to find a solution to reunite the island after more than 40 years of division.”

“I have supported the Cyprus cause for nearly two decades. I have many constituents who deeply regret the division of the island and wish to see a just and lasting settlement agreed which will allow Cypriots to live together once again.”

“There are grounds for cautious optimism. It is clear that the leaders of the two sides, President Anastasiades and Mustafa Akinci, are both sincere in their efforts to deliver a settlement. But the conversations I have had on this visit have confirmed that some very difficult issues remain to be resolved. In particular, matters relating to security are very sensitive. I believe that the time has come to remove third country guarantees. They are a throwback to a colonial past and are not justified in relation to a modern democracy like Cyprus.”

“I very much hope that a way can be found to bridge divisions and resolve the questions which remain to be agreed. I would urge all sides to continue to work for a solution. A crucial element of a successful outcome will be cooperation and a reasonable approach from Turkey. If Ankara allows Cypriots the freedom to determine their own future, I believe a settlement is achievable.”

The itinerary for the APPG visit included meetings with: