Villiers speaks up in support of India 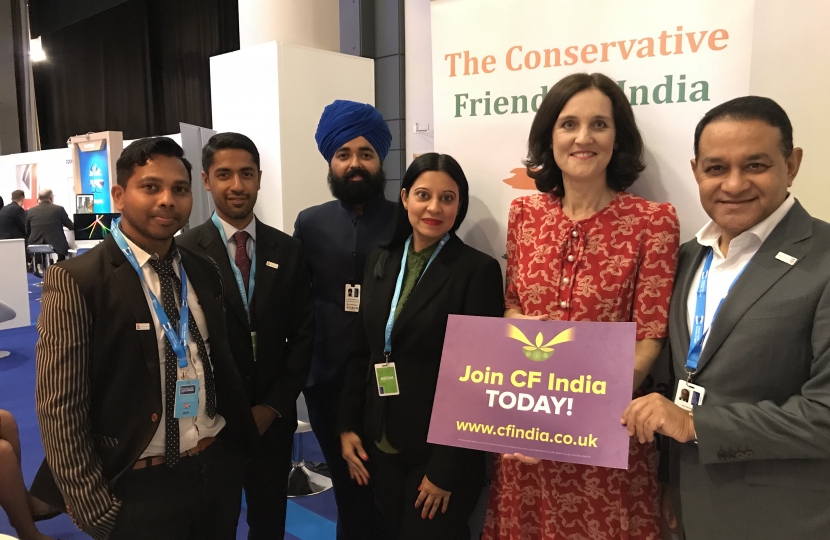 In Parliament this week, Theresa Villiers, MP for Chipping Barnet, spoke up in support of India and its record on minority faith communities. In her speech in the Westminster Hall debating Chamber of the House of Commons on Tuesday, Ms Villiers said:

"India is a vibrant, pluralist and secular democracy. Its constitution declares clearly that freedom of religion is a fundamental right. Article 15 outlaws discrimination on the grounds of religion, and a series of other articles provide further protections, including in relation to schools. Those rights are safeguarded by respect for the rule of law and an independent judiciary, supported by bodies such as the National Commission for Minorities and the National Human Rights Commission. An enduring goal of the Indian state has been diversity and inclusion, and a national minorities rights day is observed on 18 December every year.

The size of India’s minority populations has been growing in recent years, and India is, for example, home to 16% of the world’s Muslim population. Members of minority faiths have played a prominent part in India’s history and they continue to hold leading roles in Indian politics and public life, in science and universities, in the law and other professions, in business and culture, and across the Indian economy. Let us just take one, symbolic example. In 2004, a Catholic, Sonia Gandhi, facilitated the handover of power to a Sikh, Manmohan Singh, enabling him to become Prime Minister, with his oath of office overseen by a Muslim President, A. P. J. Abdul Kalam.

As Members present will know, I take seriously matters related to freedom of religion, whether it is Islam or Christianity. I have raised those matters in this House many times and will continue to do so. Sadly, in a country as huge as India, there will be lawbreakers who attack others, including members of minority communities and faiths. Sadly, no state can prevent all such crimes and tragedies, no matter how seriously they take policing and justice. Of course, there are hard-line individuals in India who promote hate speech and division, just as there are in this country. Again, no democracy that allows freedom of speech can shut that down either.

However, I argue that India’s record on minority faiths stands up to scrutiny. I do not accept that there is evidence of systemic or state-sponsored persecution of religious minorities. When it comes to protection of freedom of religion and belief, the more important focus of this House should be on places such as Pakistan, where forced marriage and forced conversion of young Hindu and Christian women is a serious problem, and from where Asia Bibi had to flee for her life after years of imprisonment, and China, where incarceration and oppression of Uyghur Muslims is, quite frankly, a disgrace.

Mr Modi’s Government has embarked on a huge reform agenda, tackling issues that his predecessors ducked because they were just too difficult. Change on this scale inevitably causes controversy and conflict in India, just as it would elsewhere.

In any democracy, there is further work to be done to safeguard and protect human rights, and bring to justice those who commit crimes of violence against others, including religious minorities. It will be important for some of the serious matters raised in this debate to be considered in India. No doubt, they debate similar matters in their Parliament, in the same way that we do, and the concerns raised by Open Doors and Christian Solidarity Worldwide must be carefully considered. In a country as vast as India, with so many different communities, ethnicities and faiths, there are some unavoidable tensions and it is a matter of massive regret that, sometimes, that can spill over into conflict and violence. However, the principles of unity and diversity have been a core aspiration and value of the Indian state ever since its creation.

India is a stable and increasingly prosperous home to around 200 million Muslims and 32 million Christians. While, like any country, its record on law and order and security cannot always be 100% perfect, it is still a huge democratic success story. Rapid economic development and Government action are also starting to bring many millions of people out of poverty. If we are considering some worrying points raised in this debate, let us also at the same time remember the hugely positive progress in India, which is benefiting so many of its citizens, including millions from India’s minority and minority faith communities."

Following the debate, Theresa received a letter of thanks from Her Excellency, the High Commissioner of India, Mrs. Gaitri Issar Kumar.

The photo was taken with a group from Conservative Friends of India in 2018.