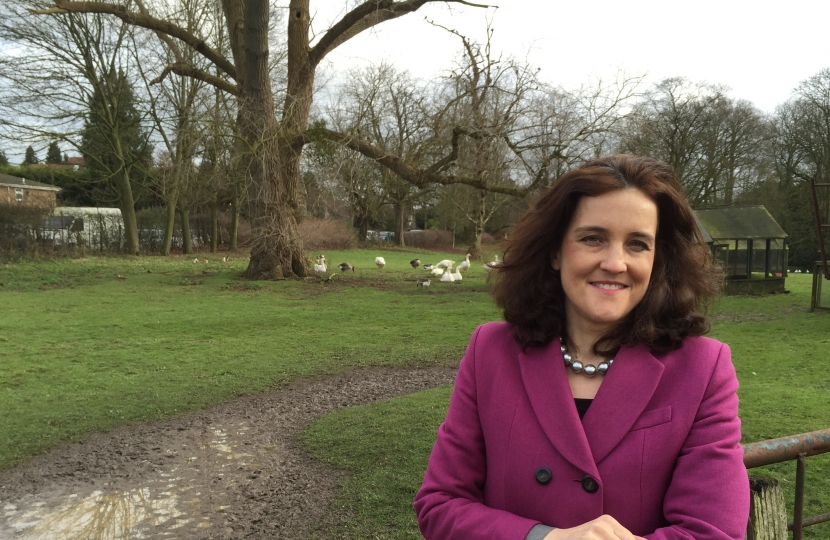 Theresa Villiers MP and local Conservative councillors have pledged to oppose development on Whalebones Park in High Barnet, a green space of considerable historic interest. This announcement comes following the news that the trustees of the estate of the late Gwyneth Cowing, the owners of most of the land, have asked Barnet Council to put the park on the list of sites suitable for housing development to be included in the forthcoming local plan. The park currently consists mainly of woods and farmland.

Gwyneth Cowing was the owner of Whalebones House and the grounds surrounding it. In her will, she asked trustees to conserve the land and enable local groups to use it. An artist and philanthropist, she was also responsible for maintaining the feature that gave Whalebones its name: an archway formed of the jawbones of a blue whale.

David Longstaff, local Councillor for the High Barnet ward, said: “It is quite obviously contrary to the values of the Gwyneth Cowing Foundation that the land be sold for development. Even without considering the history surrounding Whalebones House, Wood Street is a conservation area and the land is question has been repeatedly turned down for planning permission. This is the wrong place to build.”

Theresa Villiers, MP for Chipping Barnet, said: “We all recognise the need for more housing, but this does not mean that we should erode the character of the neighbourhood and encroach on historic green spaces like Whalebones in order to do it. Whalebones Park is the kind of land that it is crucial to protect."

Gwyneth Cowing’s art, examples of which are owned by Barnet Museum, has a strong focus on the beauty of Barnet’s green spaces.