Villiers continues fight to save fields at Whalebones 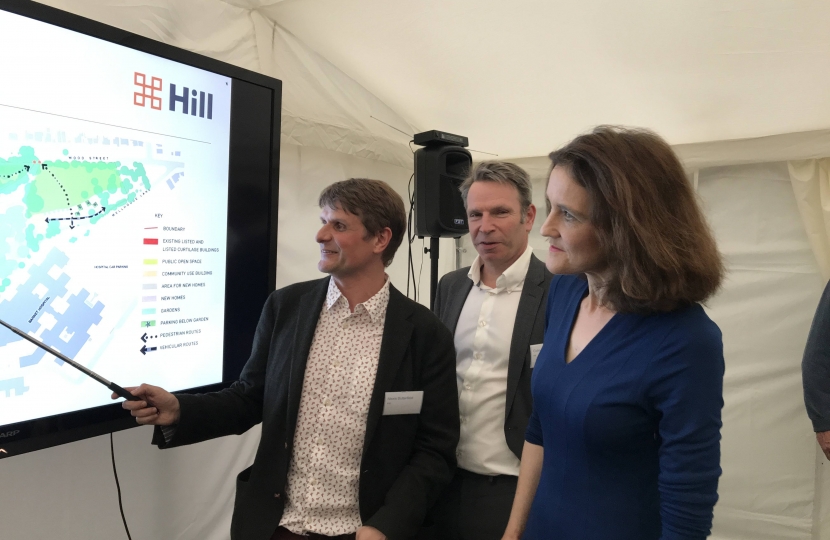 Chipping Barnet MP Theresa Villiers said today she will not back down from her battle to protect fields at Whalebones from the threat of development.

Developers Hill invited the MP and residents to hear about their plans to build around 150 flats and houses last week, but Theresa said after the meeting: “I will continue my campaign against building on these green fields because of the environmental damage it will do to High Barnet.

“While it's welcome that Hill's current plans would conserve a significant part of two of the fields, I want to see all of Whalebones protected from development.

“This is made much more difficult by the fact that the fields are not classed as green belt and the Mayor's draft London Plan wants this kind of site to be built over.

"But this is a precious green space for Barnet which residents want to save and I will be working with them to try to achieve this aim."

The 11-acre site is between Wood Street A411 and Wellhouse Lane and is owned by the estate of the late Gwyneth Cowing, who lived at Whalebones House for many years.

It has been used mainly as agricultural land since her death. However, the executors of the estate have reached an agreement with Hill and will seek planning permission for development.

If this is granted, Hill will buy the site and take forward the development.