Villiers campaigns for justice for Tamils 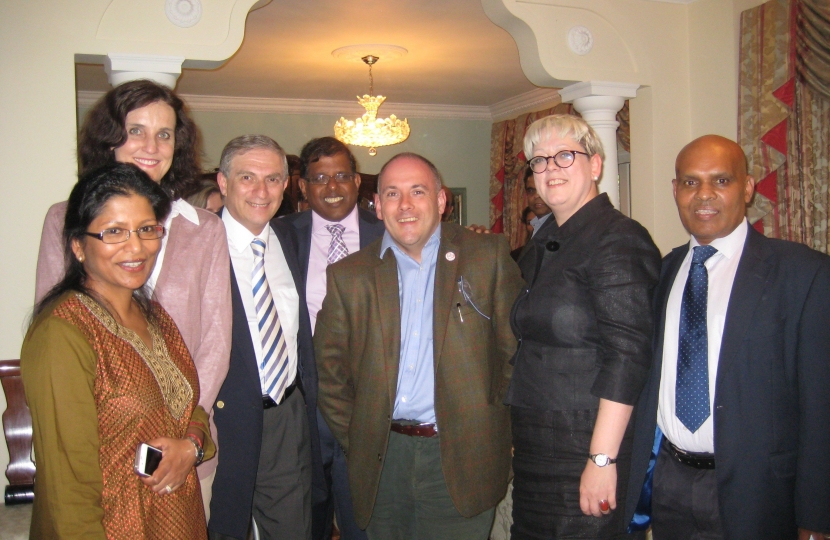 Theresa Villiers has confirmed her support for the Tamil community and joined her Conservative colleagues in calling for Sri Lanka's new Government to cooperate with the UN investigation into human rights abuses and war crimes committed during the military conflict in Sri Lanka:

Ms Villiers said: "I am a strong supporter of the British Tamil community and I have been working with them in their campaign for justice for the Tamil people.

A huge tragedy unfolded in the closing days of the military conflict in Sri Lanka. A UN Report concluded that 70,000 civilians were killed in the final phase of the war and it has been estimated that nearly 150,000 still remain unaccounted for. The total loss of the life during the war will of course have been much greater.

David Cameron was the first world leader since 1948 to visit Jaffna. I believe he was right to do that because it enabled him to meet and speak to those who have suffered directly as a result of the conflict in Sri Lanka. His visit focused the eyes of the world on the plight of the Tamil community in an unprecedented way.

This Conservative-led Government consistently pressed President Rajapaksa for a credible, thorough and independent investigation into war crimes; and the Prime Minister helped secure a mandate for the UN investigation. In January, Foreign Office Minister Hugo Swire visited Sri Lanka. Conservative MPs such as Lee Scott have been staunch defenders of the Tamils and their fight for justice.

I and my Conservative colleagues want the new Sri Lankan government to cooperate with the UN investigation. The election of Mr Maithripala Sirisena as the President of Sri Lanka presents a renewed opportunity for the country to grow into an inclusive, stable and prosperous nation. I welcome the undertakings the new President has given to lead a more democratic and accountable government, but his administration will be judged on their actions in delivering on these promises. We cannot yet tell whether this change of Government will lead to real and lasting change in Sri Lanka.

The Conservatives are urging the new government to work with the international community, including at the UN Human Rights Council, to address matters of international concern. That must include credible processes for reconciliation and accountability to tackle the issues remaining from Sri Lanka’s long conflict.

We want to see long-term peace for Sri Lanka. This needs an inclusive political settlement which delivers equality of treatment and gives Tamils an effective voice in Government.

There is no doubt that the hard work and political activism of British Tamils has pushed issues regarding Sri Lanka up the political agenda. I warmly welcome the active engagement of Tamils in the UK democratic process. British Tamil voters could determine the outcome in many constituencies. I believe they will have a significant impact on who wins the election.

I pay tribute to the work of the British Tamil Conservatives. They played a key role in the outcome of last year's local elections in London and I am sure they will be just as influential in the general election. I thank all the members of community who are supporting me as the Conservative candidate in Chipping Barnet."