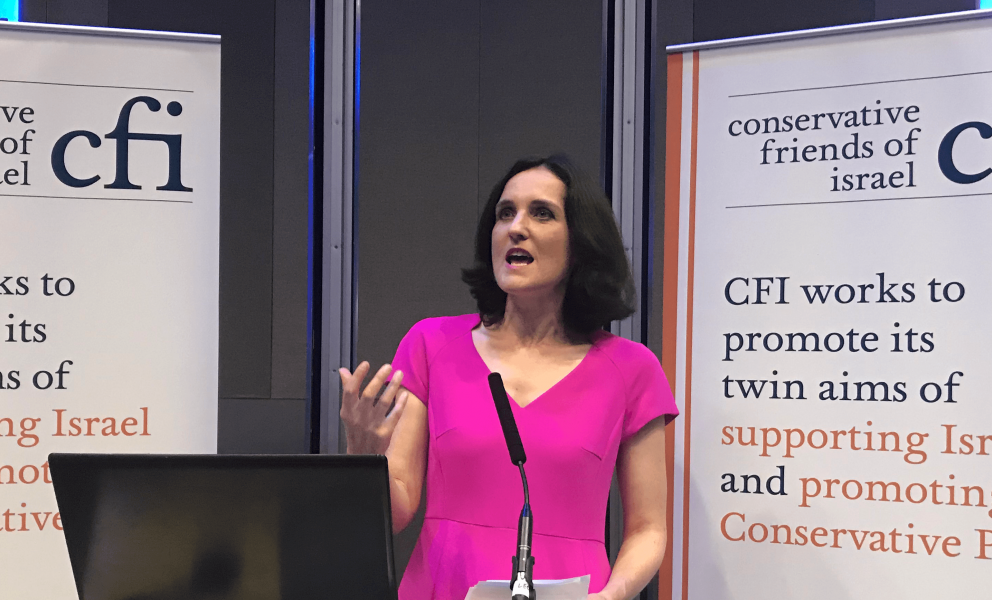 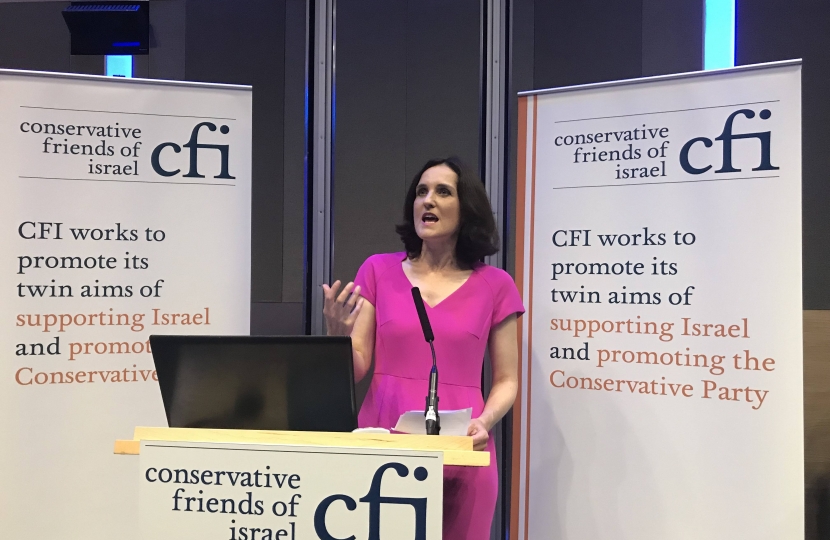 The fight against antisemitism must continue, Chipping Barnet MP Theresa Villiers said this week in a speech at a Conservative Friends of Israel event in Birmingham. Addressing a packed room with around 500 people attending, Theresa said a clear, vocal and visible showing of solidarity with the Jewish community in Britain is needed to fight back against this form of racism.

“As it has done in the past, antisemitism has mutated into different forms and found different outlets,” the former Northern Ireland Secretary told the audience at the Conservative Party Conference.

Theresa, who has campaigned against antisemitism for many years, added she found it “deeply depressing” that the Board of Deputies of British Jews was so worried about antisemitism in Labour that it felt the need to organise a protest outside Parliament.

“I attended that protest and was shocked to hear of the abuse inflicted on Jewish Labour MPs by their own party members,” she explained. “Even the Labour Party in my own constituency is not immune from this problem, failing to act when antisemitic abuse at one of their meetings was reported to them.”

“I have great admiration for the State of Israel and its many achievements in the 70 years since its creation,” she added.