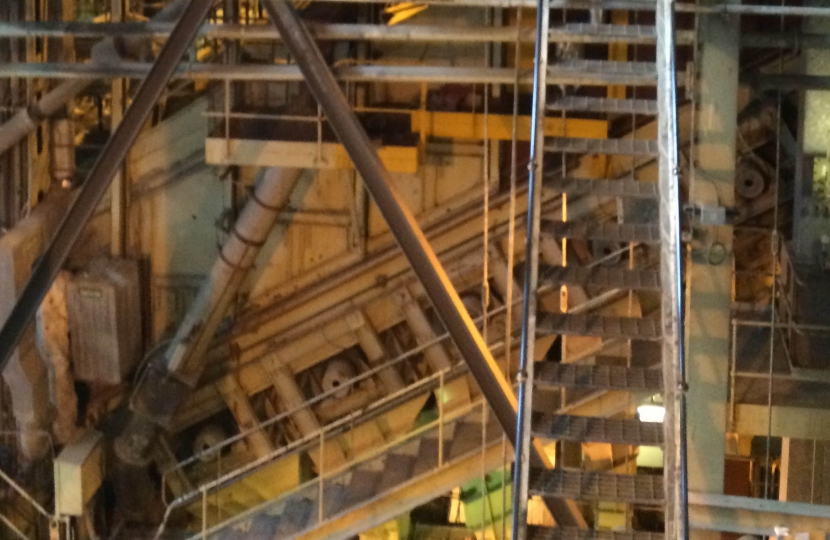 Following a visit to the North London Waste Authority (NLWA) incinerator in Advent Way in Edmonton, Theresa Villiers MP has urged her Chipping Barnet constituents to back the NLWA’s proposals for a replacement waste facility there. During the visit, she was briefed on the project by NLWA managing director, David Beadle, and was given a tour of the waste incineration plant.

Theresa Villiers said “I wanted to visit the NLWA incinerator at Edmonton because it processes rubbish from my Chipping Barnet constituency and the other north London boroughs. It has been in operation for 45 years, diverting 21m tonnes of waste from landfill; and it it is likely to come to the end of its life with about 10 years.”

“I received a useful briefing from NLWA on their plans for a replacement facility. I pressed them to ensure that any new facilities include the best and newest technology to minimise pollution because of the serious health problems poor air quality cause for people with respiratory conditions. I also urged them to remove the Pinkham Way site from any waste processing plans for the future.”

“The debate about how to replace the Edmonton incinerator has been underway for some years. I campaigned strongly against proposals for that replacement to include waste processing at Pinkham Way because of the negative impact that would have had on nearby residents. For the moment, those proposals for Pinkham Way have been defeated and NLWA confirmed to me today that they have no current plans to revive them. But Pinkham Way is still owned by NLWA and the threat hasn’t been lifted altogether. If their new facility at Edmonton gets the go ahead, I believe NLWA are highly unlikely to revive their Pinkham Way proposals.”

“So I am supporting the new plant at Edmonton and I am urging my constituents to do the same. If Edmonton goes ahead, it is likely that we will see the threat to Pinkham Way lifted altogether.”