Victory in the latest round of the long battle to #SaveWhalebones! 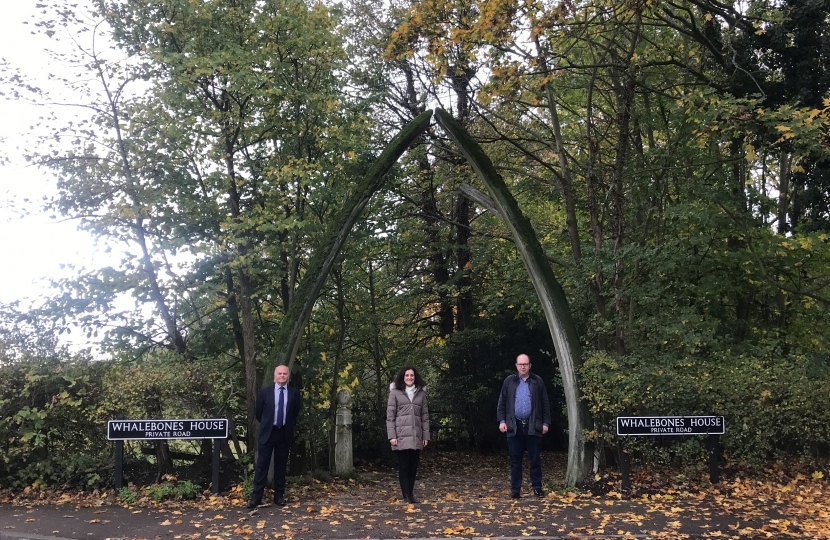 MP Theresa Villiers and the Barnet Society have won the latest planning battle with developer Hill Residential over its proposals to build on the fields at Whalebones.

Theresa and the society joined forces in a virtual public inquiry and persuaded the Planning Inspectorate to uphold previous decisions by Barnet Council and the London Mayor. Both these authorities had said no to 152 houses and flats on the land in High Barnet (which is surrounded by a conservation area) sparking the appeal by Hill Residential.

The council also fought the appeal but in two technical areas, not on the main grounds for refusal which had been relied on by the planning committee.

The three-day hearing took place at the end of August and early September this year and the decision was announced yesterday.

Working with residents, Theresa has waged a five-year campaign against the Hill proposal. She spoke at the inquiry and took part in a number of the virtual sessions.

“It is really good news that we have won this latest battle in what is a long-running campaign from me, the Barnet Society, and local people, to keep this agricultural land in the heart of our community, and not see it turned over to bricks and roads,” said Theresa.

“We went into battle against a planning QC and all the resources of a major developer in what was a bit of a ‘David and Goliath’ moment. I am really pleased the planning inspector saw sense and said no to the appeal despite the inequality of arms.”

“The Barnet Society and I took the lead at the public inquiry in defending the main grounds on which the planning committee rejected the application."

“Sadly this won’t be the end of the matter as a revised application by Hill Residential is likely. We will savour this latest victory but we know there is still much to do to see this plan finally defeated. The battle continues.”

Theresa pointed out to the planning inquiry that Whalebones has some of the last agricultural fields in the suburbs and they should be protected. She added the proposal would amount to a serious breach of conservation area policy and building over the fields would harm wildlife. She concluded her remarks by saying: "If planning law is here to do anything, then surely it is to protect open green sites like this one."

Save the fields at Whalebones!

Theresa Villiers, Conservative candidate for Chipping Banet, has launched a petition to save the fields at Whalebones. Located in High Barnet the site consists mainly of woods and farmland in the heart of the suburbs. It is surrounded by a conservation area and has a unique history.