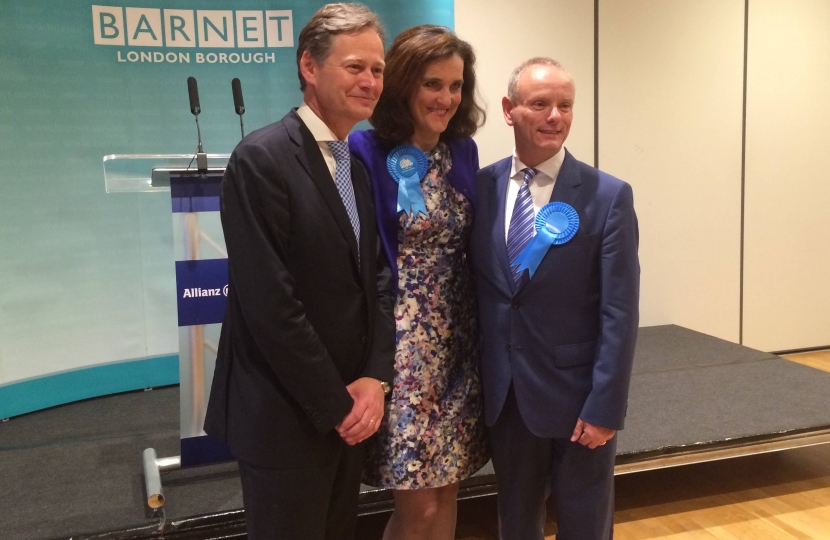 In the early hours of this morning, Theresa Villiers was re-elected to the House of Commons as MP for Chipping Barnet with a majority of 7656 votes. The count for all three parliamentary constituencies in the borough of Barnet took place at Allianz Park. Theresa has issued the following statement:

"I would like to thank everyone who voted for me yesterday. It is a huge honour for me to have been re-elected to serve a third term as MP for Chipping Barnet. I will be working as hard as ever to stand up for my constituents and campaign on the issues that matter to all of us who live here.

A big thank you to my team of Conservative volunteer helpers and my agent, Katherine Brook-Fox, without whom I could never have won the election.

Congratulations to my Conservative colleagues, Mike Freer and Matthew Offord, who have also been re-elected to the House of Commons. They both fought brilliant campaigns."