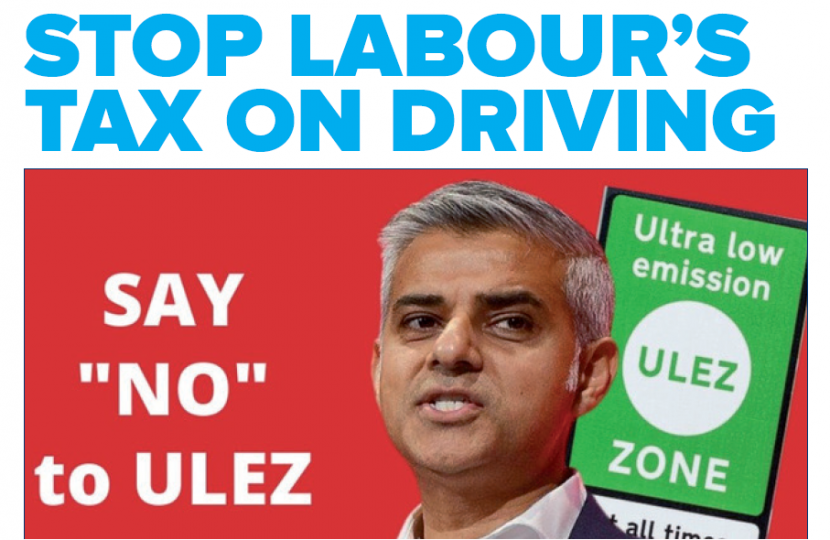 Chipping Barnet MP Theresa Villiers has called for a parliamentary debate on the Mayor of London’s big extension of the Ultra-Low Emission Zone (ULEZ) in the capital.

Speaking in Parliament yesterday, Theresa asked the Leader of the House Mark Spencer MP: “Could we have a debate on the Mayor of London’s plans to extend the ultra-low emission zone to the Greater London boundary and introduce pay-per-mile driving charges, because I am deeply worried about the impact of these new charges on my constituents at a time of rising inflation?

In reply the leader said: “It almost feels like the Mayor of London is launching a war against commuters.

“Extending ULEZ to the boundary and working with the union bosses to cause misery through tube strikes is going to cause commuters coming in and out of London huge challenges.

“He should be supporting people coming in and out of this great city to work, not making their lives more difficult.”

Speaking afterwards Theresa added: “The Mayor is tone deaf to the needs of those who live in the suburbs at the best of times, but this latest raft of charges is just not acceptable as people face cost-of-living pressures. My constituents are angry at this attempted cash grab by Labour.”