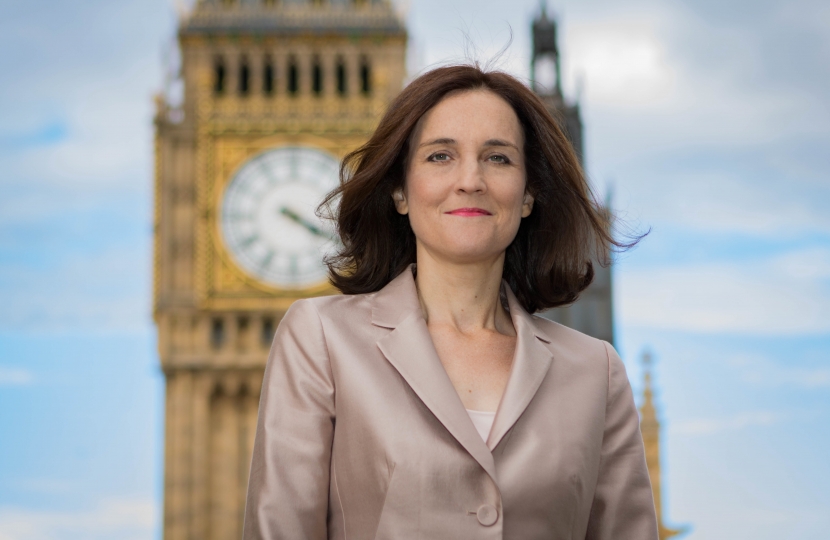 Theresa Villiers MP has issued the following statement about being dropped from the Cabinet in today's reshuffle...

I am deeply grateful for having been given the opportunity to serve twice at the highest level of Government, first as Northern Ireland Secretary and then as Secretary of State for the Environment, Food and Rural Affairs. I tackled both roles with passion, commitment, and huge amounts of hard work.

Protecting nature and our green spaces is something I have championed throughout my time as MP. While my time at Defra was short, I am proud that under my leadership, we published the most important Environment Bill for decades, setting out a world leading framework to protect nature, improve air quality and tackle plastics pollution; we published an Agriculture Bill with environmental goals at its heart; and a Fisheries Bill which will take back control of our waters and start to reverse the betrayal of our fishing communities which took place when we joined the EU.

I also played my part in drafting a Conservative manifesto with stronger commitments on the environment than ever before, including the most ambitious programme any government has ever proposed on planting millions of trees.

I have driven forward animal welfare improvements and during my tenure at Defra, this government has made a commitment to end the live export of animals for slaughter. We are also banning imports of trophies hunted from endangered animals.

I have championed our farmers and secured a five year guarantee from the Chancellor on maintaining the farm support which is so vital to helping them produce the high quality, high welfare food which sustains us. I have spoken out strongly on the importance of ensuring our trade policy does not compromise our high standards of food safety, animal welfare or environmental protection. I remain determined to ensure that our farmers are not undercut by food imports produced to lower welfare standards than ours here in the UK.

Whether it is in the Cabinet, in Parliament, or in any other walk of life, if there is one thing we should all strive for, it is to safeguard our natural environment for future generations. From the backbenches, I shall continue to campaign to protect nature and address disastrous climate change, as well as fighting hard on all the other crucial issues which matter to my constituents in Chipping Barnet.

I thank my ministers, spads and officials at Defra for all the incredible support they have given me. They are an outstanding team.

I wish the Prime Minister and his new Cabinet well in the tasks ahead of them. I am sad to no longer be part of that team, but they will have my full support as they take forward Boris’ bold agenda to unite and level up every part of this great country."