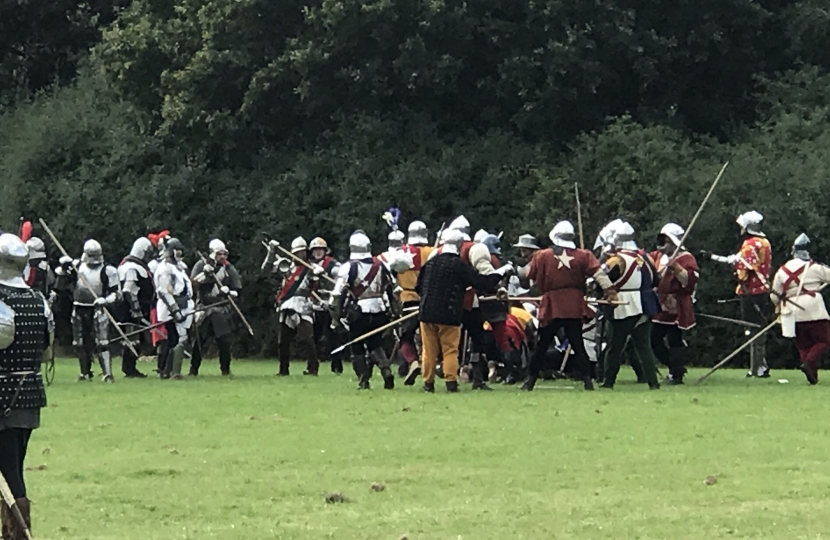 Welcome to my September e-newsletter. I know that concern continues about queues at petrol stations, but I want to emphasise that there is enough fuel for everyone. Details of the action the Government is taking to ensure supplies are maintained can be found here. That includes stepping up the number of qualification test slots available to new HGV and tanker drivers to clear the backlog built up during the Covid lockdown.

A number of constituents have been in touch about the hassle and cost of Covid related requirements for international travel. I have been asking Ministers to crack down on poor practice by Covid testing providers. I have also been appealing for them to reduce testing requirements and switch from PCR tests to cheaper lateral flow ones. The Transport Secretary has now announced a package to make travel easier, including use of lateral flow tests from late October.

As ever, planning and development have been a big issue for me this month and I finally received confirmation from TfL that their development partner, Taylor Wimpey, have pulled out of the scheme to build flats over the car park at High Barnet station. Whilst this does not mean the proposal has been scrapped permanently, we are a step closer to beating it. At the very least, this will significantly delay any attempt to build over the car park.

There is also good news on the Army Reserve Centre in High Barnet. Alarm was caused when it appeared in a list of sites earmarked for potential housing development in a local authority document. However, when I raised the issue in Parliament, Defence Minister Jeremy Quinn told me that the army was keeping the centre for operational use.

I have continued to coordinate backbench efforts to push Ministers to think again on planning reform. That has included meeting the new Communities Secretary, Michael Gove. I also collected over 60 MP signatures on a letter asking for any planning reforms to be published in draft before they are formally presented to Parliament (reported in the Daily Telegraph here). This is an important means to enable MPs to make changes to the legislation in response to the concerns of constituents.

My programme of engagements in Parliament and the constituency has been busy with more events gradually returning to normal after the lifting of social distancing rules. That has included visits to the Cypriot Community Centre in Wood Green; to Meadow Works on the Great North Road to hear about plans for new homes which I am supporting there; to Finchley Memorial Hospital for the unveiling of a magnificent new memorial to servicemen from Finchley and Whetstone who lost their lives in the two World Wars; to the highly successful Barnet Medieval Festival; and to the East Barnet charity, Friend in Need, hosting their first public event since the start of the Covid crisis.

Just a few days ago, I enjoyed meeting people from the Incredible Edible group at an event which they ran in the garden at St John’s Church in New Barnet to encourage people to reduce food waste. This provided an important opportunity to speak to constituents about their concerns about the environment and climate change. I will be raising a number of issues with the Chancellor of the Exchequer, following on from these discussions. It is important that the forthcoming spending review contains commitments on addressing climate change.

I very much welcomed the recent announcement of a new fund for improving air quality (you can find further information here on the Government’s website).

Matters I have raised in Parliament this month include more funding for local schools; reducing plastic waste and pollution; security and terrorism concerns in Kashmir; a decent level of compensation for injured armed forces veterans; and implementing regulatory reform after Brexit (such as repealing and replacing the EU Clinical Trials Directive with a more modern regulatory framework, better suited to UK domestic circumstances). I also highlighted the need to repeal the effect of a European Court of Justice judgment which could add £50 to the average bill for car insurance.

Villiers calls for scrapping of rule which could add £50 to car insurance costs
Your local MP has asked Ministers to remove an unjustified EU law that could cost each UK motorist £50 a year. In the Vnuk court case, the European Court of Justice judgement extended the compulsory motor insurance and compensation scheme for road collisions to accidents on private land involving any kind of vehicle, including motor sports events. Read more….

Villiers asks Chancellor for more funding for Barnet schools
Chipping Barnet MP Theresa Villiers has pressed the Government to increase funding for schools in her constituency. Theresa recently met the Chancellor to highlight the issue of maintained nursery schools in Barnet - Brookhill, Hampden Way and St Margaret’s, which are part of the Barnet Early Years Alliance (BEYA). Read more….

Triumphant return for Barnet Medieval Festival
The Barnet Medieval Festival made a highly successful return after a two year gap caused by the Covid outbreak. Theresa Villiers MP is a big fan of the festival and was in attendance for the formal opening, which included the firing of a replica cannon by the Representative Deputy Lieutenant for Barnet, Martin Russell, and she later watched a re-enactment of the Battle of Barnet which took place 550 years ago. Read more….

No to even bigger tower blocks at North London Business Park
Theresa Villiers MP has been campaigning against overdevelopment in North London Business Park for many years. After an application to build 1350 flats there was allowed by the Planning Inspectorate last year, Comer Homes have made a new application to increase the size of their proposed housing development to 2,428 units in tower blocks of up to 13 storeys.

Theresa Villiers said: "I am totally opposed to the attempt by Comer Homes to cram over a thousand extra flats into North London Business Park. Their earlier plan for 1350 units was bad enough but this is far worse. Read more….

Face-to-face surgery meetings have resumed, but Zoom calls are also available as an alternative. Theresa’s next surgery takes place from 1015 to 12 noon on Saturday 2nd October at her constituency office at 163 High Street. Constituents wishing to see Theresa or her staff will need to make an appointment in advance. You will NOT be seen if you turn up without a pre-booked appointment. Bookings can be made using the contact details set out in the preceding paragraph.

To avoid too many people gathering in the constituency office at one time, the waiting room which was previously available during surgeries remains closed. Constituents will need to arrive at the time of their appointment and may be asked to queue outside if they are early, or if there are delays to the appointment schedule. We apologise for this inconvenience, but a cautious approach is still needed in relation to Covid and crowded indoor spaces.