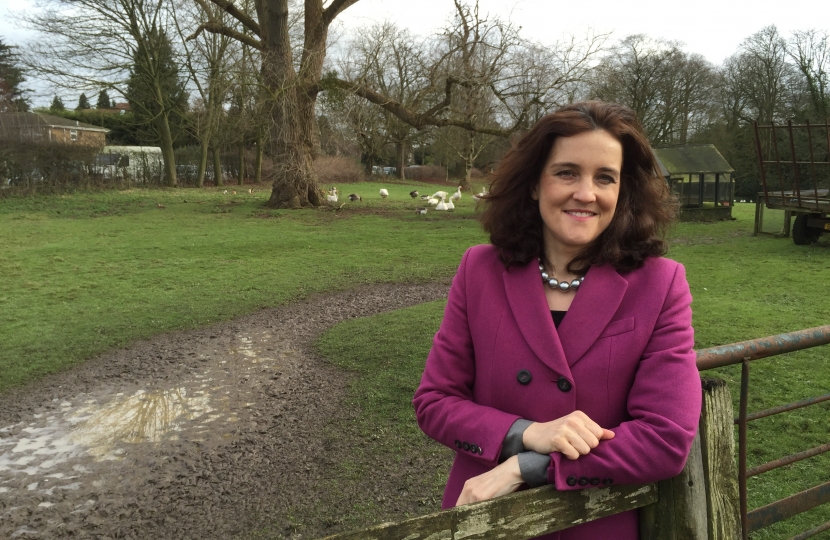 Theresa Villiers, Member of Parliament for Chipping Barnet, will be writing to residents in High Barnet and Underhill in a bid to save the historic Whalebones green fields from development.

Whalebones Park is located on the junction of Wood Street and Wellhouse Lane. Well known for its field of geese next to the road, the land is of historic significance, thanks to a distinctive feature at the entrance of the driveway to the house: an archway formed from the jawbones of a blue whale. The most famous occupant of the park was the late Gwyneth Cowing, an artist whose work highlights the beauty of Barnet’s green spaces.

The executors of her estate are now considering the sale of some of the land for development because the estate is running out of money to maintain it. Theresa Villiers is campaigning to protect this green space as a precious part of High Barnet. She has raised this matter with the executors and in Parliament, and is seeking views from residents.

Theresa Villiers said: “Whilst there is a need for new homes, this does not mean that we should erode the character of the neighbourhood in High Barnet and Underhill and encroach on places like Whalebones in order to deliver them. There are plenty of other sites in the borough where substantial numbers of new homes are being built. We are delivering more homes in Barnet than in any other outer London borough. Developing Whalebones Park would be a huge mistake, and a precious part of our local environment would be lost forever."