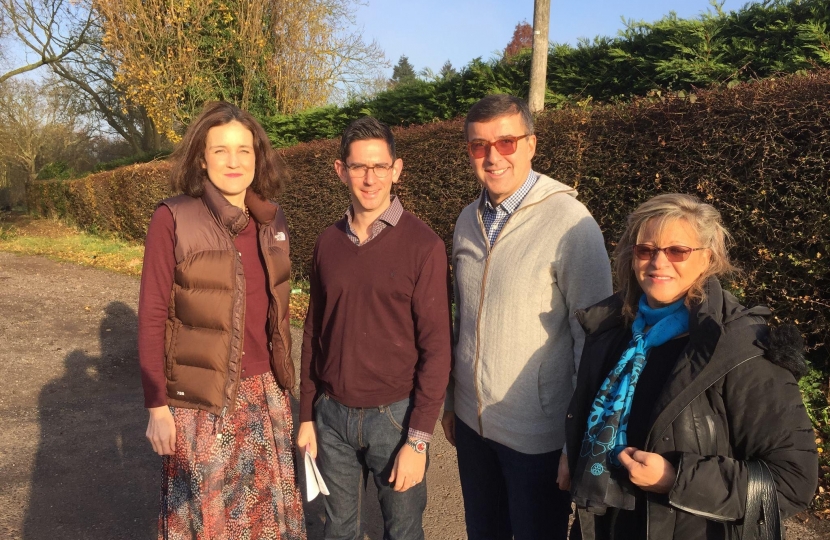 The battle to prevent thousands of burial plots being placed on green belt land in Arkley continues. Residents have come together to form an action group to fight the plans, holding a public meeting on Saturday 26th November attended by around 150 people. The residents are now enlisting volunteers to join the action group to save the fields under threat.

The proposals, which were put forward in May this year, are for a natural burial ground on agricultural land next to Barnet Gate Lane and Mays Lane. The burial plots would not have traditional gravestones, but there would be buildings and parking spaces on the site and an increase in visitors and traffic. After the plans were put forward, Theresa Villiers MP sent out a letter to the surrounding roads to assess residents’ views on the plans: the response was an emphatic ‘no’.

Following the meeting Theresa Villiers said: “The response rate to my letter gauging residents’ opinion was an astonishing 32%. Of these, 99% were clear that they did not want a burial ground on this land. Around 150 people were at the public meeting on Saturday, all of whom were opposed. The land is in the green belt and it would be wrong to put thousands of burial plots on it, even without taking into account the fact that the local roads will not be able to support the traffic.

“An action group is being set up to campaign to stop the burial ground from going ahead and I would urge any local resident with strong feelings on the matter to join up.”