A pet is for life, not just for lockdown 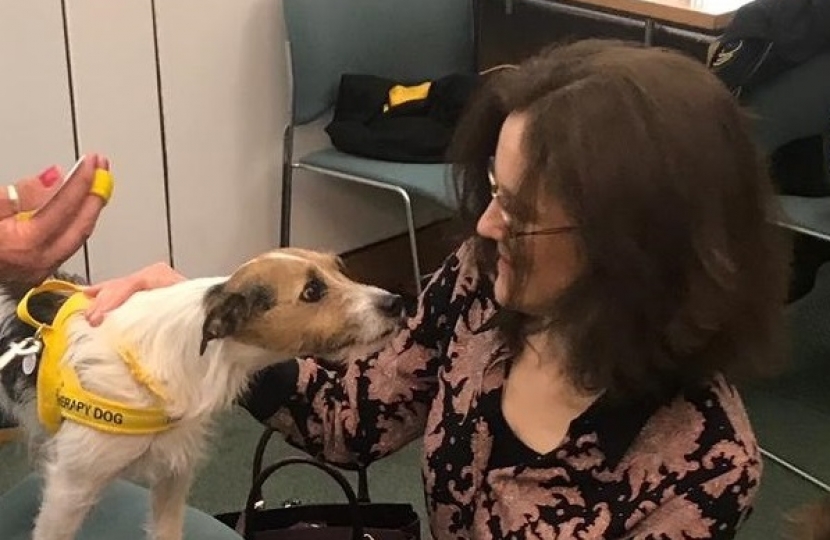 Chipping Barnet MP Theresa Villiers has urged people to get their pets from rescue centres, rather than take the risk of buying puppies from unreliable online sources. She told MPs in Parliament today Covid had hit defenceless animals and those who protect them.

“Much charitable fundraising has been impossible and the Battersea Dogs and Cats charity reports, for example, that nine out of 10 rescue centres had seen their income fall," she said.

Theresa explained that prices for pets had risen dramatically and more than £280,000 has been lost to fraudsters from people paying deposits for pets advertised online.

“Most of these pets will be lovingly cared for by their new owners. But the worry is that the Covid rush to buy cats, dogs and other pets may mean an upsurge in companion animals being relinquished or abandoned when reality bites and everyone heads back to the office.”

Theresa also asked the Government to move ahead with the Animal Welfare Sentencing Bill that would impose tougher sentences for those who treat animals cruelly.

She introduced the bill to Parliament when she was DEFRA Secretary but the legislation has been delayed by prorogation, a general election and Covid.

“I hope that the Minister will listen to the animal welfare charities and campaign groups,” she explained. “They should always remind people of the benefits of getting their new pet from a rescue centre, rather than taking risks with unreliable online sources.

“They should take action against pet theft to reflect the fact that loss of an animal is far more distressing than having your phone or TV stolen.

“And they should get the Animal Welfare Sentencing Bill on to the statute book so that those guilty of animal cruelty can finally be given the tougher prison sentences they deserve."