No to tower blocks: Villiers keeps pressure up on NLBP 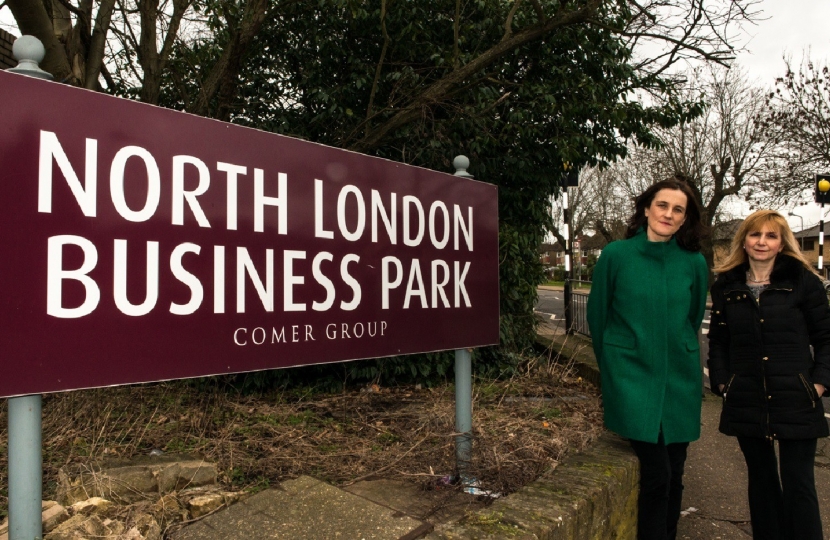 Chipping Barnet MP, Theresa Villiers, is keeping the pressure up in her campaign against multi-storey tower blocks of flats being built in the North London Business Park, in Oakleigh Road South in Brunswick Park.

Ms Villiers recently held a meeting with the Leader of Barnet Council, Cllr Richard Cornelius, and its Interim Chief Executive John Hooton, during which she emphasised her opposition to the development for the area and her concern about the pressure it would place on local services.

Back in March, Ms Villiers wrote to residents asking for their opinions on the proposed plans. The responses were overwhelmingly negative. Residents raised issues concerning parking and traffic, with business centre parking already over spilling into the surrounding roads. They were also worried about the pressure that such a dense development would place on public services such as GP surgeries and schools.

Theresa Villiers said: “This is an issue of size and scale. What is being proposed is high-rise, high-density housing, including five tower blocks of eight stories each. This is completely out of keeping with the suburban character of the surrounding area. Building these blocks of flats would be unfair to existing residents and create an isolated community without sufficient local services. I will continue to speak up for my constituents by fighting these plans.”

“The latest changes made to the proposals do not reassure me. They do not go nearly far enough to answer the concerns that residents have about the development. That is why I am still opposed to these plans."