No to tower blocks in North London Business Park 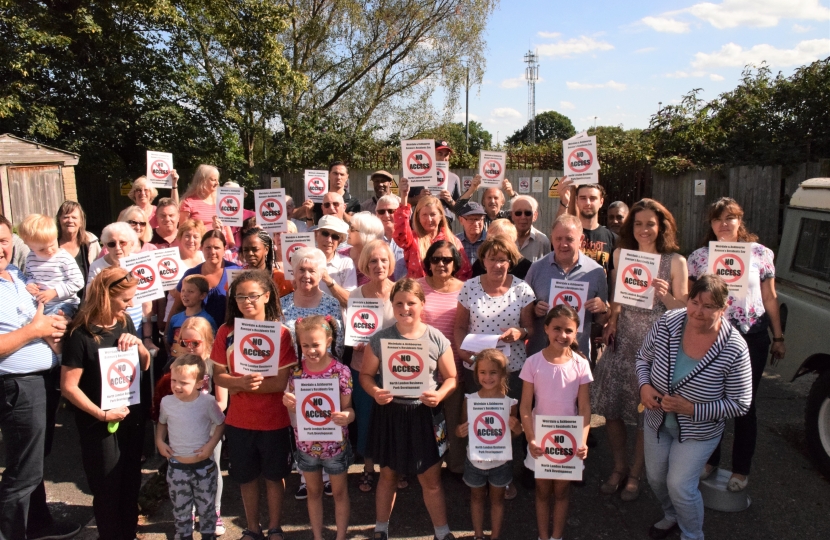 The Mayor of London has announced that he will not overturn the decision by Barnet Council on the Comer Homes application to build eight storey tower blocks in North London Business Park. Theresa Villiers MP, Cllr Lisa Rutter, and local residents have been campaigning against development and the Council’s planning committee rejected the Comer Homes application unanimously. The Mayor confirmed his decision in a letter to Andrew Dillon at Barnet Council’s planning department.

Welcoming the news, Theresa said: “For many months, I have been campaigning alongside Cllr Lisa Rutter and local residents against the Comer Homes proposal to build 1350 flats in North London Business Park. This kind of high rise development would have been totally inappropriate for the local area.”

“The news that the Mayor will not overturn the decision made by Barnet Council is an important victory for the local residents who have fought these plans. The developers need to think again and come back with a completely different set of proposals for North London Business Park. It is sensible to build new homes there, but Comer Homes must listen to local people and come up with plans which are right for the local area and are far less dense. Tower blocks are not the right option.”