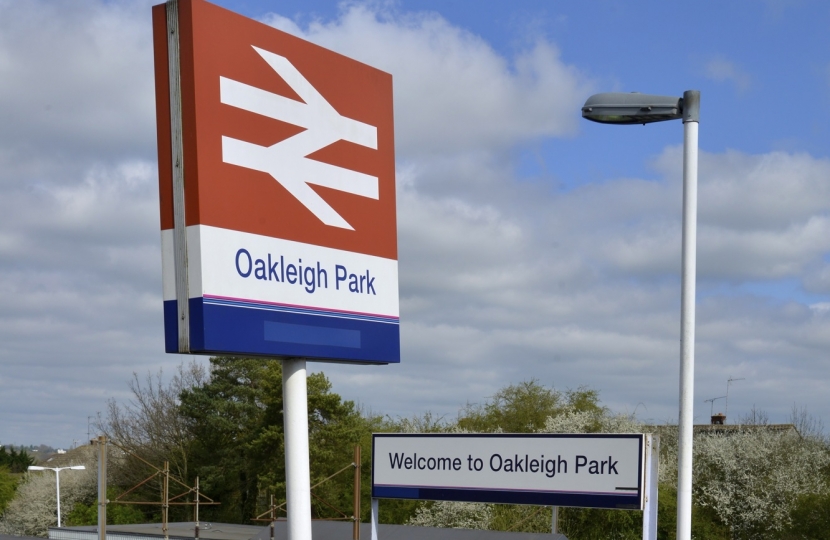 They will operate on the GTR franchise which runs through New Barnet and Oakleigh Park in the Chipping Barnet constituency, and New Southgate which is just outside but is used by Barnet residents.

The class 717s became operational last Tuesday on the Moorgate service and can accommodate 943 people – 100 more than the 40-year-old rolling stock they replace.

The 21 trains cost £240 million and feature air-conditioning and Wi-Fi. They can reach speeds of up to 85mph.

“This significant investment in the Great Northern service is very good news for Barnet commuters, who will be relieved to see the battered old Class 313s finally retired,” said Theresa.

“I look forward to travelling on them and hearing what commuters have to say. Any issues I hear about, I will pass on to GTR.

“I am also pleased that the entry into service of the new rolling stock means that there will be six trains during the morning peak departing from Oakleigh Park and New Southgate to Moorgate from 15th December. Reinstatement of the two services that were cut 18 months ago from the timetable was dependent on the new trains.

“I know commuters were very unhappy about this reduction in services and I have lobbied GTR since May last year to ensure their return.”

The 362-seat, six-car trains are being maintained by GTR at its depot in Hornsey, north London. During her time as Rail Minister, Theresa took forward plans that led to the establishment of this depot.