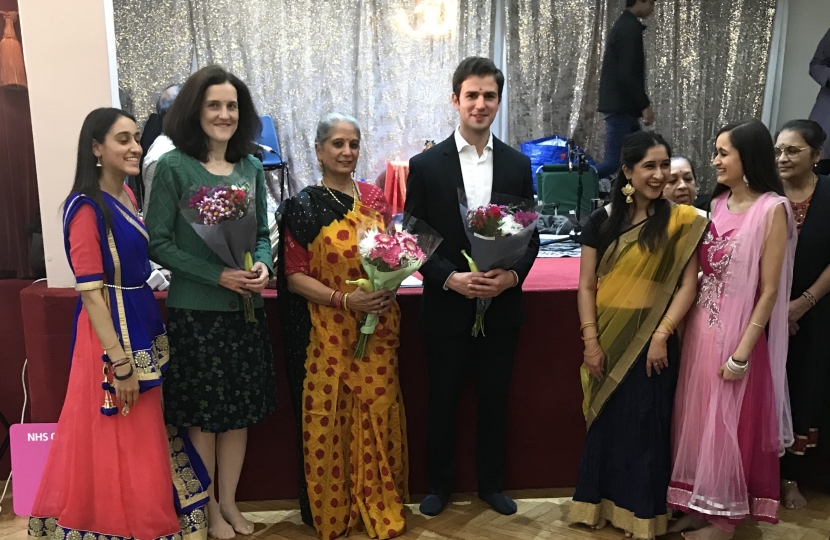 Member of Parliament for the Chipping Barnet constituency, Theresa Villiers has released to the following Navratri message:

“I would like to send my best wishes to all my constituents celebrating the annual Hindu festival of Navratri. Unfortunately, the ongoing Covid health emergency have meant that the usual community gatherings cannot go ahead, but I do hope that people have been able to celebrate with their families at this special time”.

Navratri is one of the most significant festivals in the Hindu calendar and spans nine consecutive nights at the start of the autumn harvest. The festival is dedicated to Durga who battled for nine days and nights against the demon Mahishasura, symbolising the triumph of good over evil. Traditional Navratri celebrations include nightly feasts, communal dancing and the chanting of Hindu scriptures in honour of the Goddess Durga.”

This year Navratri is celebrated from the 17th October to the 25th October. The picture accompanying this article shows a Navratri celebration at the Hindu Cultural Society centre in Friern Barnet which Theresa attended last year, alongside Conservative GLA candidate Cllr Roberto Weeden-Sanz.