Happy Easter to the Cypriot community 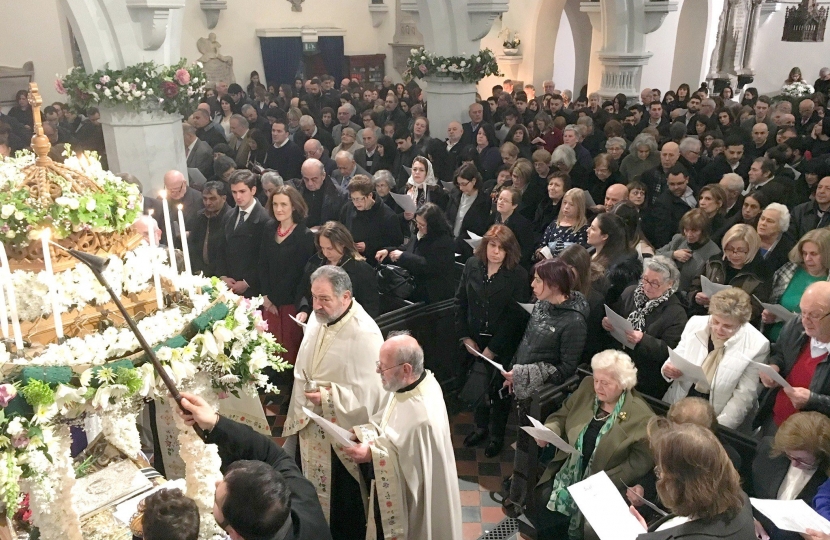 With the conclusion of Holy Week in the Orthodox Church, Theresa Villiers MP has sent Easter greetings to all her Cypriot constituents who will be celebrating Easter this weekend.

In her Easter message, Theresa said: “I appreciate the importance of Holy Week and Easter for many of my constituents. This is a time in the year for families to come together and reflect on the most important days in the Christian calendar.

The Orthodox Church plays a crucial role in keeping the Cypriot community together. I would like to make a special tribute the His Eminence, Archbishop Gregorios of Thyateira and Britain for his 30 years of service to the church and to the community.

Greek Easter is an important time to remember the hugely positive contribution made by Cypriots in Britain. British Cypriots play a much valued role in so many aspects of life in this country, particularly in north London.

I consider it to be a great honour to be MP for a constituency which has such a significant and successful Cypriot community. I will continue to stand up for my constituents and campaign for the long awaited settlement to reunite Cyprus after so many years of painful division.

I hope that all my Cypriot constituents enjoy a peaceful and happy Easter season.”

This year the Orthodox Church celebrates Easter one week later than the Catholic and Protestant churches. Since the split between Western Catholic and Eastern Orthodox in 1054 in what became known as the “Great Schism”, the two sides of Christianity have calculated the date of Easter according to different principles.