A free and united Cyprus: Villiers receives assurances from PM 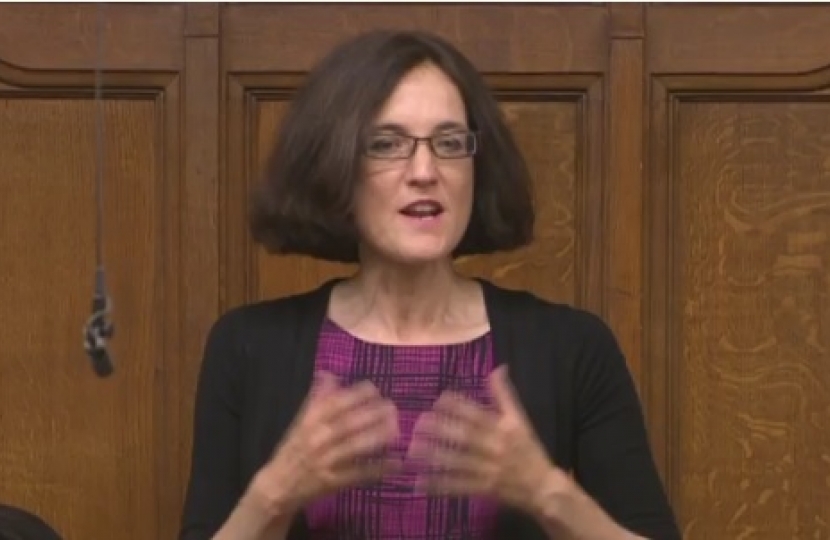 Theresa Villiers, MP for Chipping Barnet, received assurances today from the Prime Minister that she would support President Anastasiades and Mustapha Akinci to secure a negotiated settlement for a free and united Cyprus. Mrs Villiers had approached the Prime Minister on behalf of a group of Barnet residents in late August, urging her to support the crucial talks between the two Cypriot leaders.

Theresa Villiers received a supportive answer from the Prime Minister at Prime Minister’s Questions today. The Prime Minister stated that she, like Mrs Villiers, gave her full enthusiastic support to the talks and hoped for a successful conclusion. Mrs May also emphasised that the cause of a united Cyprus is one that should be supported by Members of Parliament from across all parties.

Theresa Villiers said: "As an MEP and an MP, I have supported the cause of a united Cyprus for over fifteen years. If the international community makes it clear that it wants to see a settlement to deliver a free and united Cyprus, that could have a positive impact on the outcome of the negotiations. The talks between President Anastasiades and Mustapha Akinci are in a crucial phrase and if both sides make all the efforts they can, we could finally see the end of the division of Cyprus. I believe that outcome is possible.”