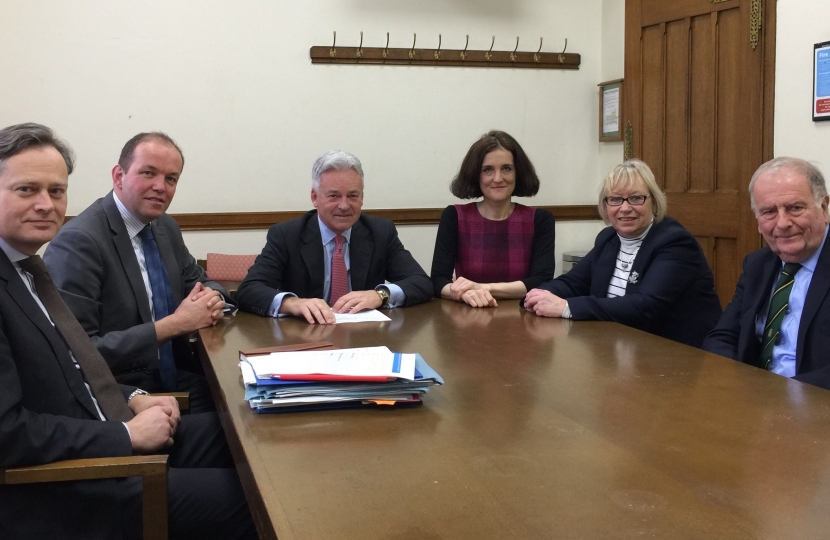 Conservative Members of Parliament Matthew Offord, David Burrowes, Theresa Villiers, Sheryll Murray and Sir Roger Gale have met with Ministers from the Foreign Office to ensure the British Government takes every step it can to assist in the Cyprus reunification talks currently taking place in Geneva.

After decades of division, this latest round of talks has been described as an "historic opportunity" by Antonio Guterres, the new UN Secretary-General. The Greek Cypriot side, represented by President Nicos Anastasiades, and the Turkish Cypriot leader, Mustafa Akinci, will be joined on Thursday by representatives of Cyprus’s three guarantors – Turkey, Greece and Britain.

Several issues remain to be resolved, including land and property; displaced refugees from the north part of the island and also those from the south; habitation of the town of Morphou; territorial and security – Turkey has up to 30,000 troops stationed on the island. It is widely considered that much of these disputes can be addressed through a combination of land swaps and financial compensation, although it is not clear who would foot the bill.

If an agreement can be reached, it will be voted on in two separate referendums, one for the Greek Cypriots and the other for the Turkish Cypriots with the referendums being held later in the year.  could be held sometime in the summer.

The British Government has sent a senior team of 20 civil servants to the island to assist in the talks and they will be joined by both the Foreign Secretary, Boris Johnson and Minister Sir Alan Duncan.