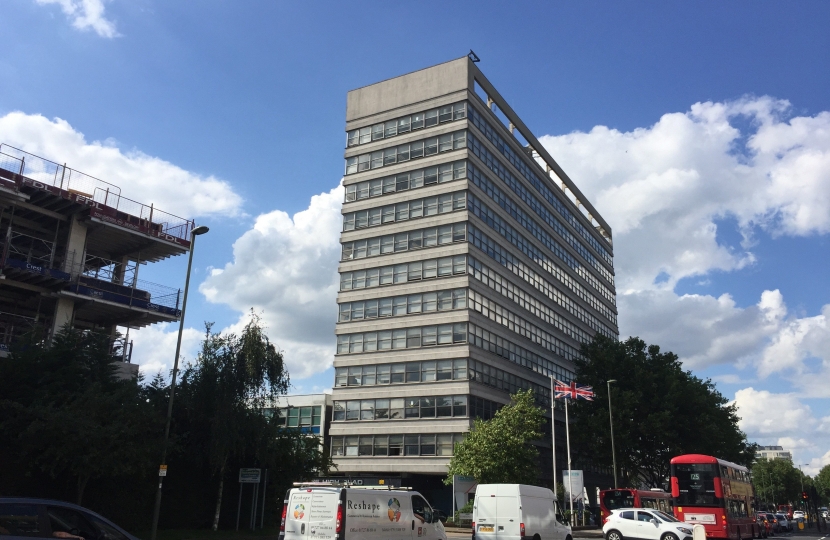 Theresa Villiers, MP for Chipping Barnet, has welcomed victory in the campaign against plans for tiny ‘micro-flats’ in Barnet House in Whetstone. She has opposed plans for homes so small they were branded ‘dog kennel’ flats by local residents since news of these proposals appeared in the national media in March.

In April, Theresa and local Totteridge ward councillor, Richard Cornelius, met Meadowcroft Residential, the developers behind these plans, and expressed their opposition to the idea of Barnet House being converted into over 250 flats, some of which would be only 16 square metres – smaller than many hotel rooms. It was feared that these proposals could go forward under so-called ‘permitted development rights’. This would have meant no planning permission would be needed and neither Barnet Council nor local residents would have any say.

Theresa had a further meeting with Meadowcroft in Parliament yesterday and they confirmed that they had dropped plans for micro-flats and were instead proposing to take forward a planning application to turn Barnet House into a smaller number of larger flats and construct further homes beside the building.

Following the meeting, Theresa Villiers said: “I welcome the news that plans for micro-flats in Barnet House in Whetstone have now been dropped. I campaigned against them as did the three ward councillors for Totteridge, Richard and Alison Cornelius and Caroline Stock.”

“Trying to cram so many tiny flats into Barnet House would have many negative consequences for the people moving in there and for my constituents living in the neighhourhood.”

“Whilst this is an important victory, the battle is not over yet. The proposal which Meadowcroft briefed me on today proposes some large new buildings and 230 flats. Even with the adjustment that has been made to ensure all flats are big enough to comply with London Plan recommendations on size, this is still a proposal for a sizeable number of additional dwellings in an area where there is already significant new development in the pipeline.”

“I will be listening carefully to the views of my constituents when the Meadowcroft planning application for Barnet House is published. I want to ensure their concerns about traffic and parking issues are fully considered in the planning process before the final decision is made on the future of Barnet House.”