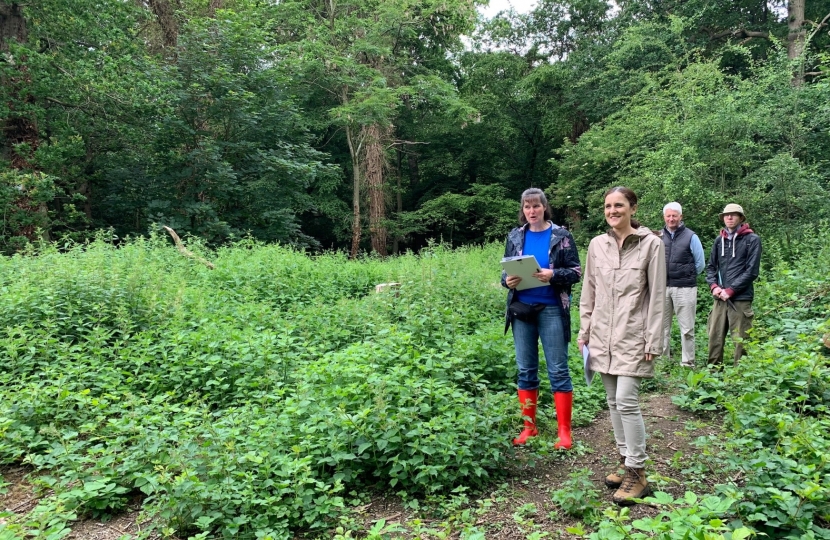 Theresa Villiers, MP for Chipping Barnet, has praised the group of volunteers who have been looking after Coppetts Wood in her constituency.

This woodland provides a haven for nature right next to the North Circular Road. During the pandemic, visitor numbers shot up and a new team of Coppetts Wood Conservationists have been at work to protect and enhance the biodiversity on the site.

Theresa has visited the wood many times over the years and on Friday was shown round by Petra and Jesper Schade from the Coppetts Wood conservation group.

Speaking afterwards, Theresa said, “I have been immensely impressed with what I have heard of the great efforts by Jesper, Petra and their team of helpers to look after this precious natural space.”

“I’ve had a chance to see some of the 300 new trees they have planted, including oaks, hornbeams, hazels and willows.”

“They have created new paths, created woodland glades and meadows, dug more ponds, and removed tonnes of litter and junk.”

Following on from her visit, Theresa has promised to engage with Barnet Council to see whether further support and help can be given to the Coppetts Wood Conservationists in their important work.