The choice in the election in Chipping Barnet 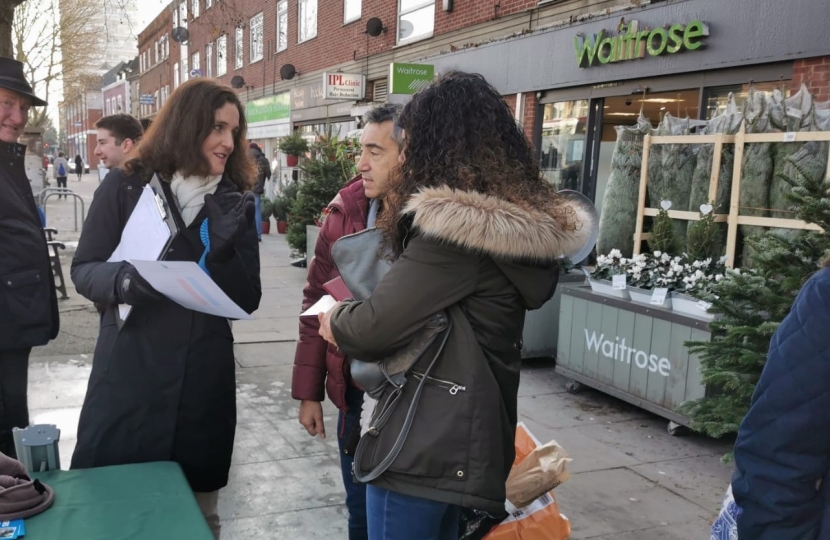 With polling day less than a week away, decision time is approaching. Vital issues to consider when you make your choice next week are the economy, living standards, and public services.

Labour’s manifesto is the most left-wing set of proposals any major party has produced for decades. It is a genuinely socialist programme for government which will mean thousands of people in Barnet paying more tax. Labour simply cannot fund the give-aways they propose without far more tax on ordinary working people and far more borrowing.

The independent Institute for Fiscal Studies have said that Labour’s manifesto would involve the highest levels of tax and spending in our peace-time history. They are clear that it is “simply not credible” for Labour to say this would all be funded with tax rises for companies and people earning more than £80,000 a year. And since they published their manifesto, Labour have made further commitments which would cost billions of £s more.

Labour’s manifesto says they will reverse Conservative cuts in inheritance tax. That would mean applying the tax to all estates worth over £350,000. The high property prices in Barnet mean that, if Labour win the election, many people who have worked and saved hard for many years to buy modest family homes would be dragged back into the inheritance tax net after the Conservatives took them out of it. Shadow Chancellor, John McDonnell, has also recently said Labour is considering an even bigger expansion of IHT by reducing the threshold at which it applies to just £125,000.

Labour have also been considering a tax of 0.7% on the value of people’s homes. On average, that could potentially cost Barnet residents around £2084 per year, every year. Their proposed ‘windfall tax’ on oil companies would push up the cost of driving and home heating. Their financial transactions tax and their plans to confiscate 10% of the shares of public companies will mean people get less from their pension savings. And they will increase the tax bill for married couples by £250 a year by scrapping a tax break introduced by the Conservatives.

Time and again, Labour crash the economy, and people lose their jobs and their livelihoods as a result. The squeeze on public spending after 2010 was as a direct consequence of Labour's reckless level of borrowing in the years before. This country has spent years recovering from Labour’s last debt crisis when they left a letter saying “There’s no more money”. Sending Mr Corbyn to Downing Street would put that hard-won recovery at risk.

Labour always crash the economy. They always raise taxes. They always end up in a debt crisis. They always leave office with unemployment higher than they inherited it from a previous Conservative government. Whereas Conservative governments work to get deficit down. They run the economy better for the long term. They create more jobs and opportunities. They keep taxes down. They keep the cost of living down. This country has achieved so much since Labour were voted out with 3.6 million more people in work, record levels of employment, low interest rates, low inflation, rising wages, rising living standards and the public finances back on track. Please don’t let Labour wreck it!

Chipping Barnet is one of the most marginal constituencies in the country. I need your vote on Thursday to stop Labour winning in Barnet and stop Jeremy Corbyn from becoming our Prime Minister!