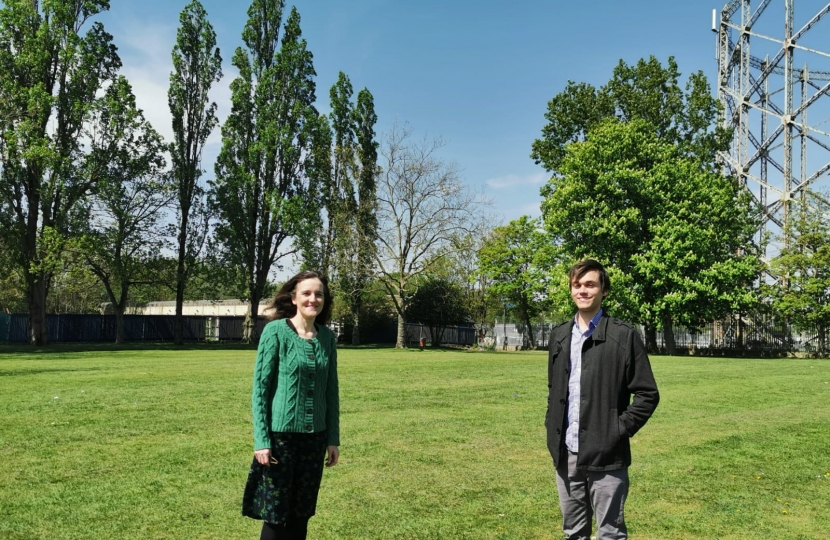 MP Theresa Villiers said today she was delighted that councillors have thrown out plans to build 652 flats – with blocks of up to ten storeys high - at Victoria Quarter in New Barnet.

Theresa spoke against the scheme for the old gasworks site in Albert Road which was lodged by One Housing and Fairview New Homes and which has met with over 1000 objections from the public. Barnet Council’s Planning Committee then voted unanimously to reject the scheme, which will now go to the London Mayor for a final decision.

In her speech to the committee last night, Theresa said that a smaller 2017 proposal for 371 homes had received the community’s blessing, following wide-ranging consultations over several years.

“Now this committee is being asked to rip up that hard-won compromise and replace it with 652 flats, including ten buildings over six storeys, with residents having had a tiny fraction of the input they had into the 2017 proposal,” she explained.

“The dense lay-out of this towering scheme of repetitive rectangular blocks will loom over Victoria Recreation ground, giving the appearance of a solid wall of buildings overshadowing this important open space.

She added that such closely spaced high rise buildings would block out daylight from many rooms and said One Housing should build the 2017 scheme it already has consent for.

“It’s a far better plan because it was heavily influenced by residents who care about their neighbourhood. This current application would overturn a decade of community involvement in the future of Victoria Quarter.”

Speaking after the decision Theresa thanked councillors for listening to local people. “If this development takes place it would change New Barnet forever and irrevocably alter its landscape and its skyline. I am delighted Barnet’s Planning Committee has said a clear no to this attempt to urbanise our suburb. I now urge the London Mayor to listen to local people and turn down this development. We all want new homes on the site. One Housing could start building them tomorrow if they stick with the 2017 proposal they already have planning permission for.”

Theresa has been campaigning against the planning application for Victoria Quarter alongside local Conservative ward councillor, Felix Byers, and the Save New Barnet community group (SNB). Felix and representatives of SNB also spoke at the planning committee hearing on the application.