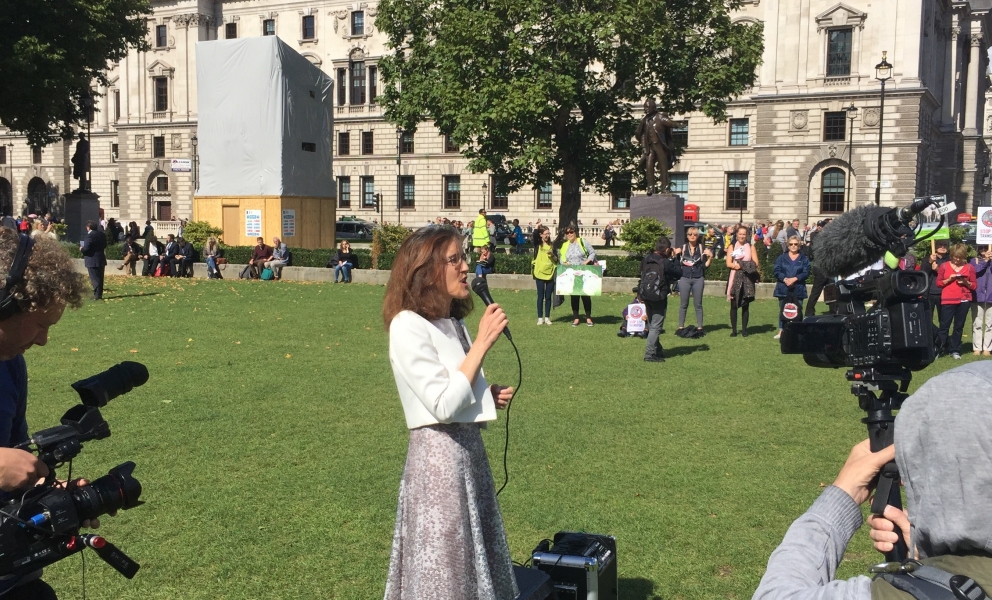 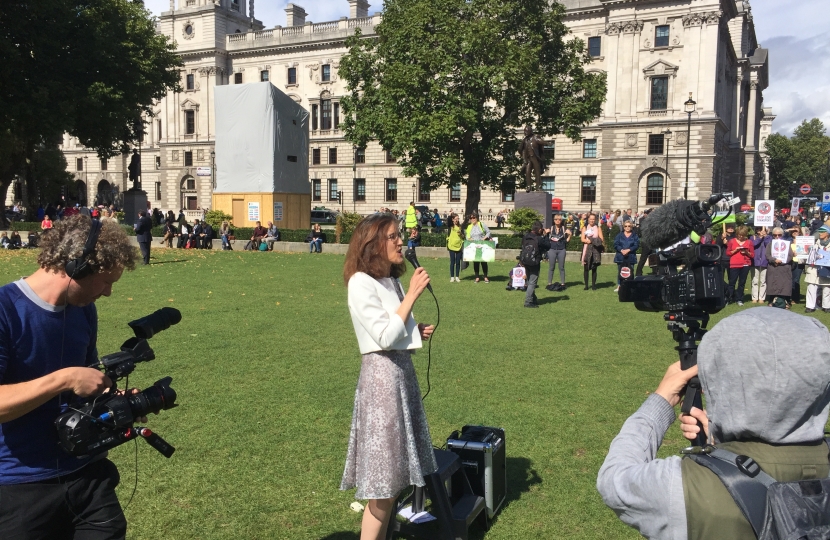 Theresa Villiers, MP for Chipping Barnet, has been given permission to present a Bill to Parliament to ban the live export of animals for slaughter. This trade has been opposed by animal welfare supporters for many years because of the suffering which animals can experience when transported over long distances.

Live transport of animals is regulated by EU rules but once animals leave the UK, enforcement is patchy. Cases have occurred where animals suffer from exhaustion and dehydration, in transit for days, suffering extremes of temperature and without sufficient food, water or rest.

The campaign to ban live exports has been running since the 1980s but no UK government has been able to take action because that would be contrary to EU single market rules.

Ms Villiers announced her Ten Minute Rule Bill to a rally in Parliament Square organised by Compassion in World Farming on Wednesday, the international day of awareness on the issue when demonstrations took place around the world to call for an end to live exports.

Following the rally, Theresa Villiers said, “Excessive long distance transport of live animals for slaughter can cause great suffering. Successive governments have been powerless to act because EU rules prevented them from imposing a ban. When we leave the EU, Parliament will have the power to ban live exports. So I am tabling a Ten Minute Rule Bill to impose a ban.”

“Whilst this procedure generally doesn’t lead directly to a new law getting on to the statute book, I will be working to persuade as many MPs as possible to support it. I hope that this will also be a means to set out the strong case for a ban and persuade the Government to include one in future legislation.”

“During my 18 years in elected office I have campaigned for higher standards of animal welfare. I know that many of my constituents share my concerns and it was great that some of them came to the Compassion in World Farming rally where I announced my Bill.”

The Live Animal Exports (Prohibition) Bill will be published shortly and will be presented to Parliament on 25th October. It will contain one exemption allowing local transport from Northern Ireland to the Republic of Ireland, so long there is no onward transfer to a third country.

The Conservative general election manifesto states that “As we leave the European Union, we can take early steps to control the export of live farm animals for slaughter.” The Government have also announced plans for an Agriculture Bill to be published next year.