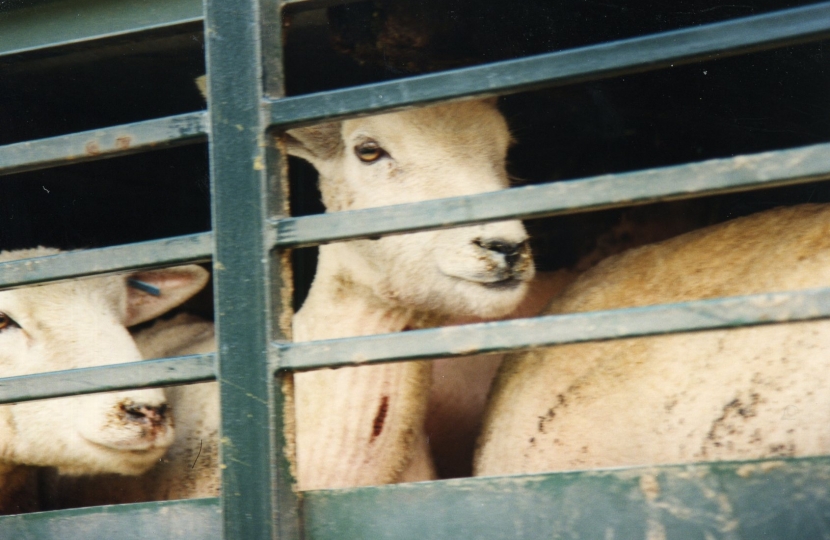 Following discussions with DEFRA Secretary of State, Michael Gove, Theresa Villiers has welcomed progress in her campaign to ban live animal exports, with confirmation that the Government is seriously considering a ban.

The Chipping Barnet MP, and former Northern Ireland Secretary, met Mr Gove earlier this week to discuss a Ten Minute Rule Bill she has tabled in Parliament and which was due for consideration today.

Reporting on that meeting, Theresa Villiers said “This was a helpful and constructive discussion. The Secretary of State expressed sympathy with the concern felt about live exports, and told me that he is personally committed to restricting this trade.

When I urged him to introduce a ban, he told me that the Government is preparing proposals on live exports for consultation and is looking very seriously at a ban. I pressed him to consider a ban as a potential addition to the Agriculture Bill which the Government is committed to bringing forward, and he agreed to look into this.

I welcome this announcement by Michael Gove. I believe that it means we have made progress towards the goal of ending live exports. In the light of what the Secretary of State has said, I am postponing House of Commons consideration of my Ten Minute Rule Bill, though it remains an option later this Parliamentary session if required.

I will continue to campaign against live exports because of the distress and suffering it causes.”

Ms Villiers appeared on BBC Radio Four’s Farming Today this morning to debate the merits of banning live exports. She has been campaigning on live animal transport for more than 15 years since becoming involved in the issue when she was a Member of the European Parliament between 1999 and 2005. She was one of a large number of MPs who attended an event in the House of Commons on Monday hosted by Craig MacKinlay MP, Compassion in World Farming and the Conservative Animal Welfare Foundation, to call for a ban to be implemented: #EndLiveExports.