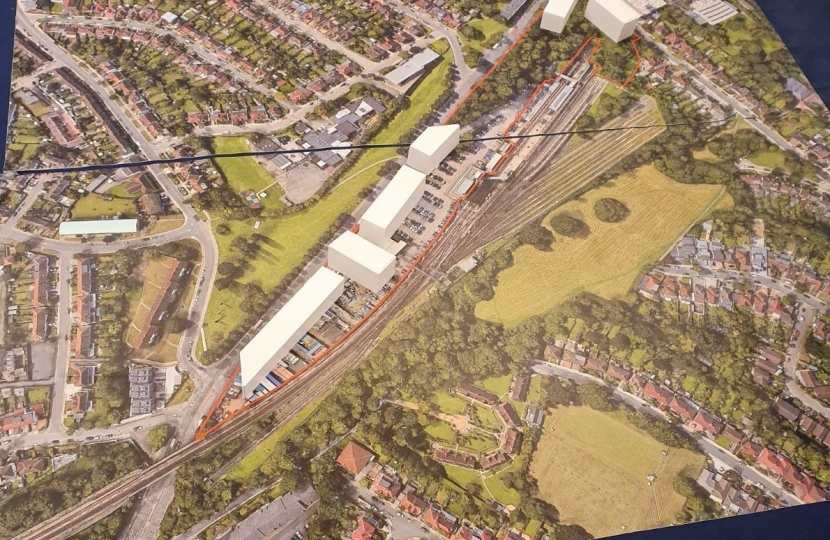 TfL are proposing 450 new dwellings in blocks of up to eight stories high. The capacity of the station’s car park would be reduced by 75%.

Many residents are strongly opposing the development because of the loss of parking spaces and because the density and height of the development would be inconsistent with the character of the surrounding neighbourhood.

Such a significant increase in population would also place strain on local infrastructure. This problem is intensified by the fact that TfL do not intend to provide any parking spaces for residents of the flats they wish to build, meaning more cars displaced on to residential streets which are already congested.

If you oppose these plans, please sign the petition below.

Theresa Villiers, MP for Chipping Barnet, stepped up her campaign to save station car parks from being built over by the Mayor of London.