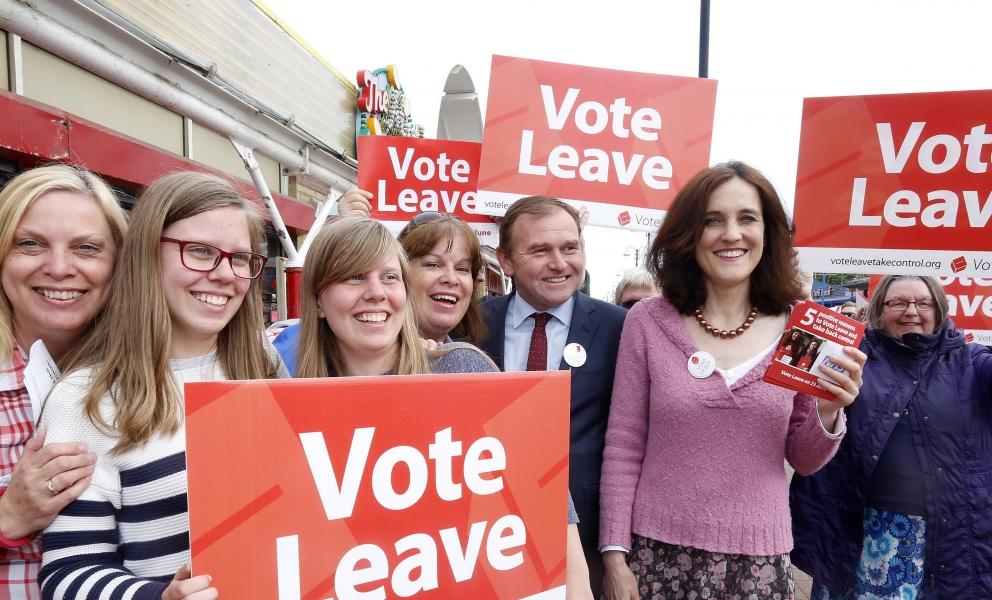 Voting Leave on Thursday is the safer choice 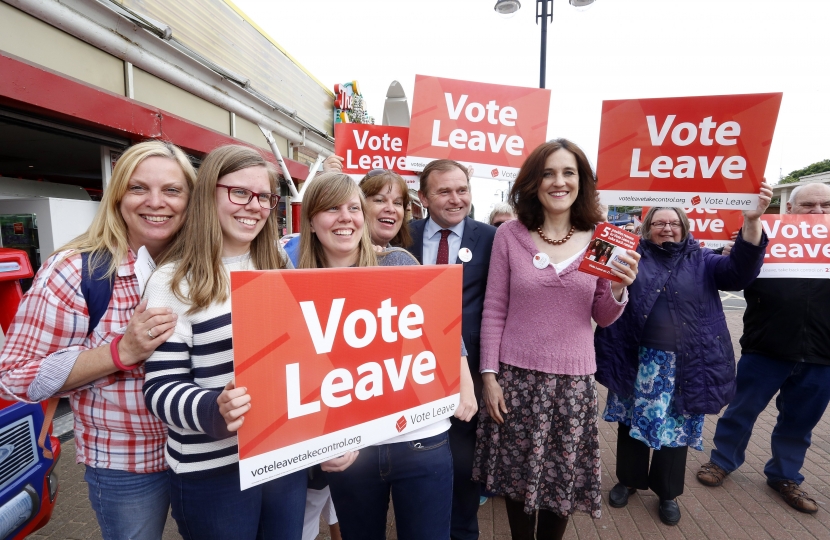 In the final week of the referendum campaign, Theresa Villiers met business leaders in New Ollerton in Nottinghamshire and set out her views on the why Voting Leave on Thursday is the safer choice. The event was hosted by A1 Flues who supply flue equipment to a wide range of customers including the House of Commons. In her speech, Theresa Villiers said:

On Thursday, everyone in this United Kingdom of ours will have their chance to vote on our EU membership. The reason why I am urging them to vote leave is because I believe we will be more secure, more prosperous and more democratic outside the EU.

If we leave, we can spend our own money on our own priorities instead of sending millions every week to Brussels. We can take back control of our trade policy, boosting job creation by making it easier to do business with the rest of the world, as well as negotiating a free trade deal with the EU.

We can introduce a sensible immigration policy which uses an Australian style points system which controls the overall numbers and allows us to admit the best from around the world; but puts an end to the free-for-all open door migration from Europe which is putting real pressure on public services and housing.

Voting to leave and take back control is the safer option. There are uncertainties whichever way we vote, but staying in the EU involves much more risk.

We have 8% of the votes in the Council of Ministers, the EU's most important law-making body. Even when we win there, we lose case after case in the European Court of Justice.

Our voting strength will diminish further as the EU expands to include new countries. And with its inbuilt majority an increasingly politically integrated Eurozone will outvote us time and time and time again. If we vote to remain, the EU will take more money and more power away from us every year. And migration pressure will increase as people leave the failing economies of the Eurozone to seek work in the UK. Enlargement to include countries like Albania, Turkey, Macedonia, Serbia and Montenegro will give free movement rights to a further 88 million people.

For me, democracy if what this referendum is all about. So long as we stay in the EU, no matter who you elect to Westminster, there are many things that you can never change. As Commission President, Jean Claude Juncker put it: "There is no democratic choice against the European treaties".

Our membership of the EU means that we have let supreme law-making power pass to people we do not elect and we cannot remove. It is only if we vote to leave that we can ensure that the people who make our laws are the ones we elect, the ones we can hold to account, and the ones we can kick out if they get it wrong.

350 years ago we fought a civil war in Britain to defend the principle that no laws shall be passed nor taxes raised except by our own elected representatives.

And from these small islands on the north western edge of Europe, we exported the principle of self-governing democratic government across the seas and to the four corners of the globe.

And now in just a couple of days time, we have the chance to take back control over making our own laws in our own Parliament again; a chance to regain our freedom and restore our democracy; and I would urge everyone to take it.

And to those who accuse leave supporters of being ‘Little Englanders’ who want to ‘pull up the drawbridge’, let me be very clear. The leave campaign is not for a moment suggesting that we stop cooperating with our neighbours on matters of mutual concern. We on the leave side have a forward looking vision of the UK engaging with the wider world as well as with our European neighbours.

Of course friendly cooperation with neighbouring countries makes sense and should continue. The key point is that we don't need all the trappings of the EU with its majority votes, its predatory court, its Eurozone debts, its anthem, and its flag, to do this.

The question the Remain campaign need to answer is why is it so unreasonable to want to live under our own laws in this country? It isn’t divisive, or reactionary, or prejudiced to want to govern ourselves in the way they do in Canada, or Australia, or Japan; and Remain supporters should not make this allegation against the millions of ordinary reasonable people who are Voting Leave.

I spent six years as a Member of the European Parliament, doing all I could to make the system work for the constituents I represented. There were always those who said "Europe is coming our way. We've turned the tide. We're winning the arguments. We’re not quitters". The comments we heard after the recent renegotiation were startling similar to what John Major said after Maastricht.

But during my six years in Brussels I came to one very clear conclusion - the European Union is unreformable. It always has been and always will be primarily a political project. It's all about creating a country called Europe. However hard we work, whatever we do, whatever we say, that will never change.

The Remain campaign have been doing all they can to talk our country down. Central to their argument is the claim that somehow we are too small, and too weak and too stupid to govern ourselves and decide our own destiny. I say that is wrong. We are a great country. We have so much going for us.

We are the fifth largest economy in the world. We're the 4th largest military power with the best armed services on the planet. We have the biggest and best financial centre in the world. We speak the international language of business. We have some of the greatest scientists in the world and the greatest universities. The ‘soft power’ reach of our popular culture is unrivalled.

We can stand on our own two feet and we can thrive. Don't let anyone tell you different. In this referendum, I say follow your heart, trust your own judgement and your common sense. It's time to become an independent self-governing democracy again. It's time to leave.