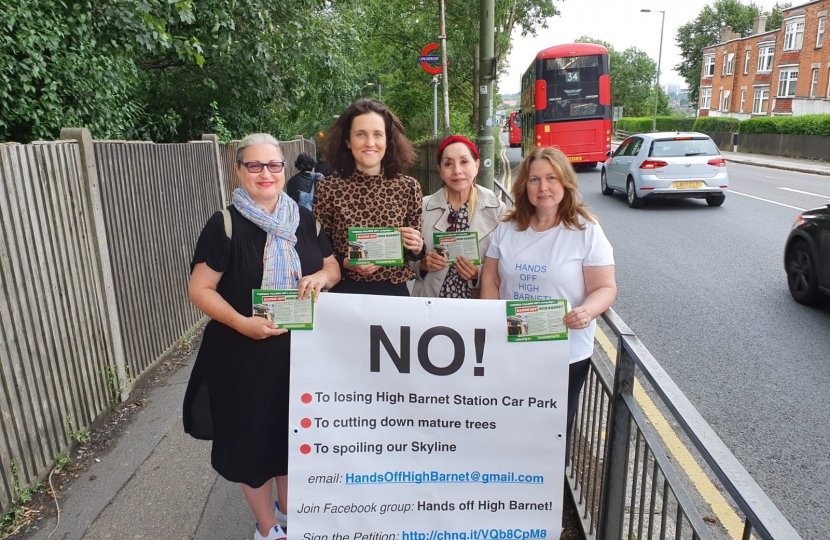 MP Theresa Villiers has welcomed a decision by the Government to drop a controversial algorithm which would have more than doubled the target for building new homes in Barnet, giving rise to the risk of mass high-rise development.

Housing Secretary Robert Jenrick has announced the London Plan would be implemented instead for five years before there is a further increase in housing targets in the capital.

Councils in London will also receive greater powers to control where tall buildings can be constructed and a national policy to give priority to three-bedroom family homes (over one and two bed flats) is also due to be brought forward.

Theresa has been a leading campaigner in the drive to drop the algorithm and said today the news was “a major victory”.

“I am very pleased the Government has listened to widespread concerns about the algorithm and changed its focus to building more housing in the midlands and the north where there are ample sites and a greater need for investment,” she said.

“Further protections are also welcome through tall building controls and an emphasis on family homes rather than flats. This is a major victory for all those who are concerned about protecting the character of suburban locations like Barnet.”

Theresa explained that there were still battles to be fought over future housing numbers in London after the London Plan expires. However, she said there was now time to look carefully about how those should be allocated around London to ensure that the burden on Barnet isn’t excessive or unfair.

She emphasised that there were still elements of wider Government planning reforms that she remained opposed to, contained in a recent white paper.

“Ministers have shown that they are willing to listen on planning reform” the Barnet MP said, “so that creates a great opportunity to remedy the serious problems with the Government’s white paper. I want changes to be made which will protect local decision-making in planning system and I will continue to campaign strongly on this important issue for my constituency.”

Under the algorithm, Chipping Barnet would have seen its housing target more than double to 5744 homes per year (up from between 2230 and 2349 in the London Plan).

Theresa said such a move would encourage “East Berlin-style tower blocks” to be built.