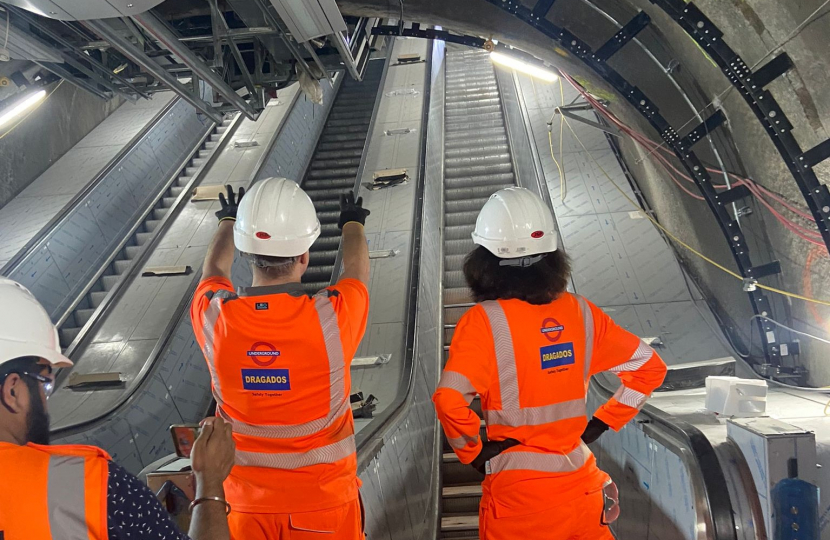 Transport for London (TfL) have said the line will be back to normal on Monday 16 May after a 17-week closure of stations between Moorgate and Kennington while part of the Bank Station Capacity Upgrade project was completed.

Theresa has been pressing for TfL to keep to its promise to finish the work on time and she visited the site a few weeks ago to be briefed on progress.

“I am pleased for my constituents that use this service that the upgrade has been completed on schedule,” said Theresa.

“It has been disruptive for those who need to get to the City from Barnet, with far fewer Bank branch trains running, but the upgrade improves services and facilities for passengers and is very welcome. It is part of the Government's major investment in our transport infrastructure in London.

“Credit should be given to TfL and its contractors for ensuring this phase was completed as planned. When I visited the construction site a few weeks' ago, I was impressed with the work that has taken place at the station.”

TfL has announced the last day of service for the Route 733 bus which has operated to connect City locations during the Bank branch closure will be tomorrow.

The final stages of work at Bank station will be completed by the end of the year. This includes step-free access to the Northern line, a new station entrance and improved interchanges between the DLR, Northern and Central lines, TfL added.

When finished the upgrade will increase passenger capacity at the station by 40%.