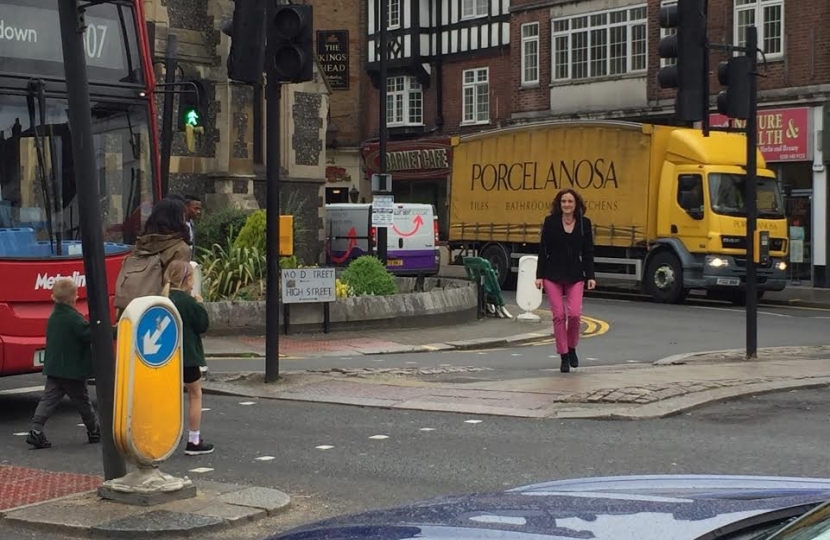 Theresa Villiers, Conservative Parliamentary Candidate for Chipping Barnet, has welcomed the re-opening of the left turn in Barnet High Street, making it easier for shoppers and visitors to get to High Barnet town centre.

Since late last year, plastic barriers have been in place by St John the Baptist Church in High Barnet to prevent cars coming out of Wood Street turning left back up towards the Spires. The right turn out of the High Street and into Wood Street was also blocked off.

This was an experiment to see if it improved the traffic flow through High Barnet, but an interim analysis showed that it has not had this effect. A number of residents expressed concerns about the trial and asked for it to be halted. Theresa Villiers and High Barnet ward councillors also asked the Council to re-open the two blocked turns.

Welcoming the news that the two turns are to re-open today, Theresa Villiers said: “When this idea was first suggested, I was sceptical and didn’t give it my backing. But I accept that it’s important for the Council to try out new ways to manage traffic. It was worth a try, but this scheme hasn’t worked. I welcome the fact that the Council has listened to residents and brought the trial to an end. We need to find a different way to try to improve the road junction at St John the Baptist Church.”