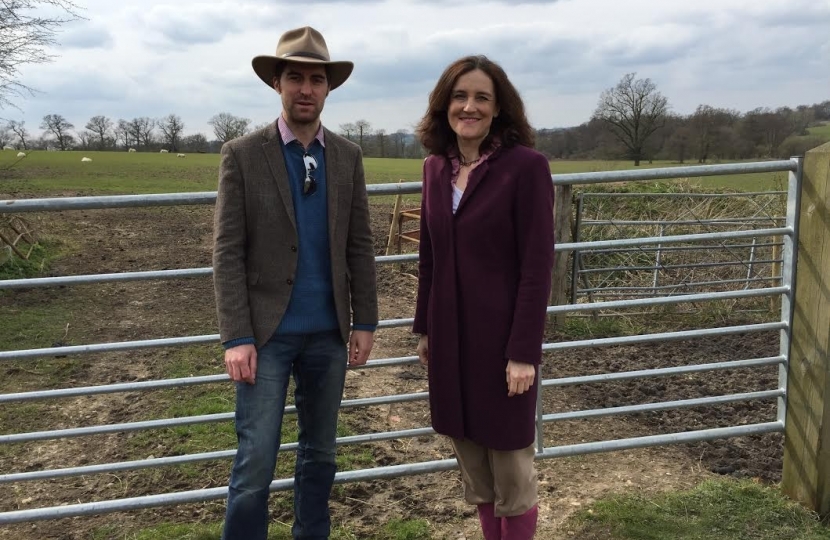 Theresa Villiers MP has welcomed investment in research to locate the exact site of the Battle of Barnet. Heritage England has approved a £98,600 grant to Barnet charities for education and research relating to the 1471 battle.

This was a decisive battle in the Wars of the Roses, where the House of York defeated the House of Lancaster to regain the English throne. The exact site of the battle is still unclear. Initiatives likely to benefit from the grant given to a joint ‘Battle of Barnet’ project run by Barnet Museum, the Barnet Society, and the Battlefields Trust, include researching the archaeology around the area where the battle is believed to have taken place; a heritage trail; battlefield tour guides; and medieval festivals taking place as we approach the 550th anniversary of the battle.

Theresa has been a long-term supporter of heritage projects in Barnet. In August this year, she wrote to local groups across Barnet to advise them of funding available for the commemoration of World War One. She has met with the team from the University of Huddersfield working to locate the Battle of Barnet, and has been enthusiastically backing their efforts for funding to continue their work.

Theresa Villiers said: “"I am delighted that such a substantial grant has been approved for Barnet Museum, the Barnet Society and the Battlefields Trust to provide education and research about the Battle of Barnet. It's great that Barnet residents can now hear more about this fascinating part of our local history. The project underway to locate the battle site has the potential to significantly raise the profile of the battle in our nation’s history, and bring more visitors to Barnet and our local high street.”