Villiers welcomes final victory in battle against a superstore in New Barnet, as new housing gets the go ahead at Asda gas works site 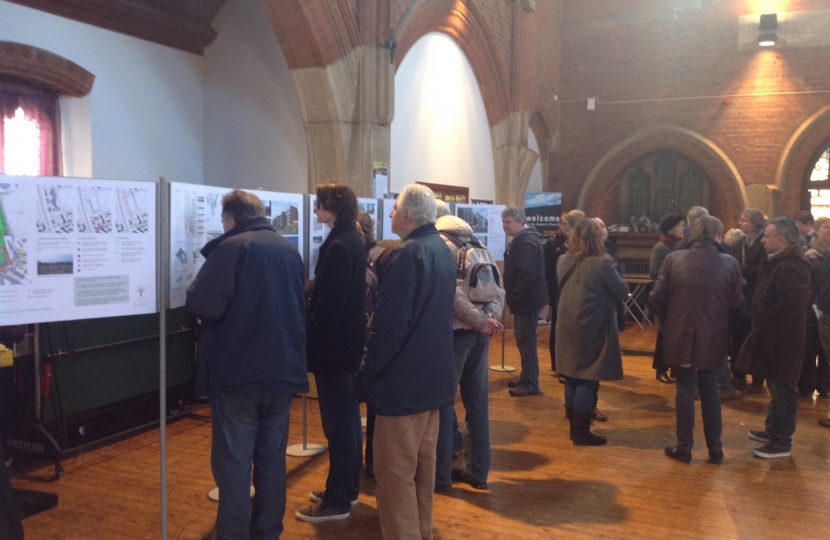 Theresa Villiers, MP for Chipping Barnet, has welcomed the grant of planning approval for new homes on the former gas works site in New Barnet, but is urging the Council to ensure that funds raised from the developers through the Community Infrastructure Levy (CIL, formerly section 106) are spent on services and infrastructure in New Barnet and East Barnet in the area immediately surrounding the development.

Theresa commented: “Six years ago, Asda and Tesco were battling it out in New Barnet to try to build new superstores. I strongly supported the campaign against those plans, led by residents in the “Save New Barnet” group. Both superstore proposals were withdrawn in the face of opposition by residents.”

“A highly effective element of Save New Barnet’s campaign was to produce credible plans for good quality homes on the gas works site where Asda wanted to build their new store. In the years since the proposal for that store was abandoned, Asda and its advisers have been working with local residents to try to find a mutually acceptable solution. The planning application for new homes which was considered by Barnet Council last week drew heavily on the ideas put forward by Save New Barnet.”

“While the density of the development is probably greater than would normally be right for this area, both I and local residents pressed Asda to incorporate improved design and to ensure that the proposals contain a significant proportion of the family sized homes needed in the area. I believe that this dialogue with Asda has significantly improved the proposals. Their approval by the Council means that there is now no prospect of a revival of plans for a new superstore on the site.”

“This planning decision is a final victory in Save New Barnet’s successful campaign against a new superstore. A particularly strong tribute needs to go to local resident, David Howard, who has worked incredibly hard on this issue over the last seven years, and has brought huge insight and expertise to the debate on the future of the gas works site.”

“But there are still important matters on which I will continue to campaign and I sure that David and Save New Barnet will be doing the same. It is vital that funds which the developers will be asked to pay under the Community Infrastructure Levy are devoted to the local area. Some are top-sliced by the London Assembly, but it is very important that all or most of the rest is spent in New Barnet and East Barnet, the two areas directly affected by what will be a substantial development.”

“These new homes will have an impact on schools, GP surgeries, traffic and leisure facilities in New Barnet and East Barnet, so using the CIL funding for improvements to local services and infrastructure will be essential.”

“This planning decision also provides another reason why it is vital to get East Barnet Health Centre re-opened.”

Theresa Villiers is writing to the Head of Planning at Barnet Council, urging him to ensure that Asda’s CIL contribution is devoted to New Barnet and East Barnet, and not diverted elsewhere in the borough.