Sign on the dotted line: Villiers welcomes milestone in battle to save Trent Park 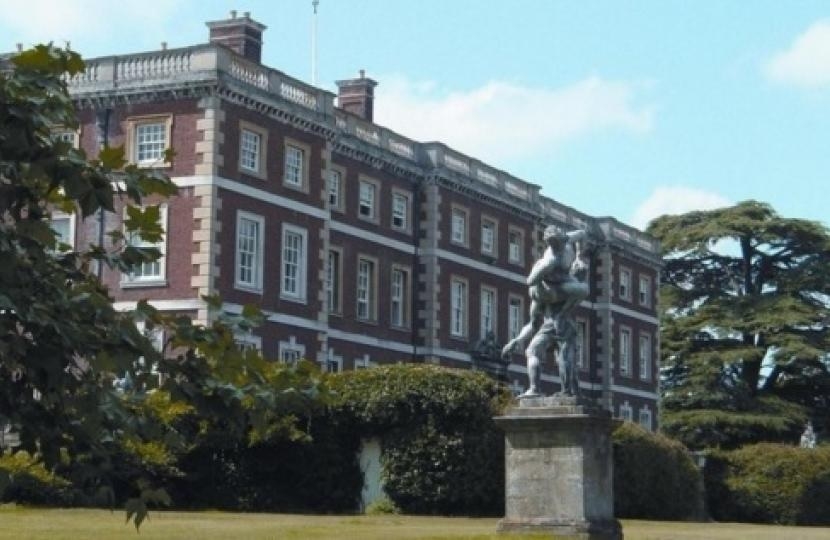 A key milestone has been reached in the campaign to establish a museum in Trent Park in Enfield as the owners of the site, Berkeley Homes, last week signed a legal agreement with the Trent Park Museum Trust.

Trent Park is in the borough of Enfield, just outside Theresa’s Chipping Barnet constituency. The park was originally part of the royal hunting grounds in Enfield Chase. Trent Park House and much of the park was previously owned by Middlesex University, which had a campus there until 2012. Middlesex sold the house and grounds to a Malaysian University, which subsequently went into liquidation, leading to a further sale to developers Berkeley Homes in 2015.

A public consultation followed which identified six key visions for the site: refurbishing Trent Park House; opening the house for public access, including a museum; restoring the park; providing public access to the park; restoring other historic buildings on the site; and securing the long-term future of the site through building new homes based on the previously developed footprint of the college buildings.

Trent Park House is Grade II listed and has historical significance, both as the home of the Sassoon family in the early years of the 20th century, and as a place used to house senior German prisoners of war during World War II. Listening devices were installed in the house and even in trees in the park to obtain vital information for the war effort.

Theresa has a long record of campaigning to protect the park, successfully defeating redevelopment plans from Middlesex several years ago. She called for the house and park to be saved and protected in 2015 when the Malaysian owners went into liquidation.

In August 2016, Theresa held a meeting with Enfield Conservative councillor, Jason Charalambous, and Berkeley Homes to push for the park’s historical significance to be recognised, and for any new development to stay within the footprint of existing buildings. In March, a legal agreement was signed between Cllr Charalambous, historian Dr Helen Fry and the Berkeley Group, ensuring that the ground floor and basement of the Grade II listed mansion will be handed over to the Trent Park Museum Trust to develop and establish a museum for the benefit of the public. This will be the first time the public will have regular access to Trent Park House.

Theresa said: “I have been working with Cllr Charalambous to defend Trent Park. I was campaigning to prevent inappropriate development even before the site went up for sale in 2015. After taking the case to Historic England and the Government, I am delighted that this key milestone of a legal agreement has been reached. We can now breathe a sigh of relief, confident that Trent Park House, and its historic story, will be curated and saved for future generations.”