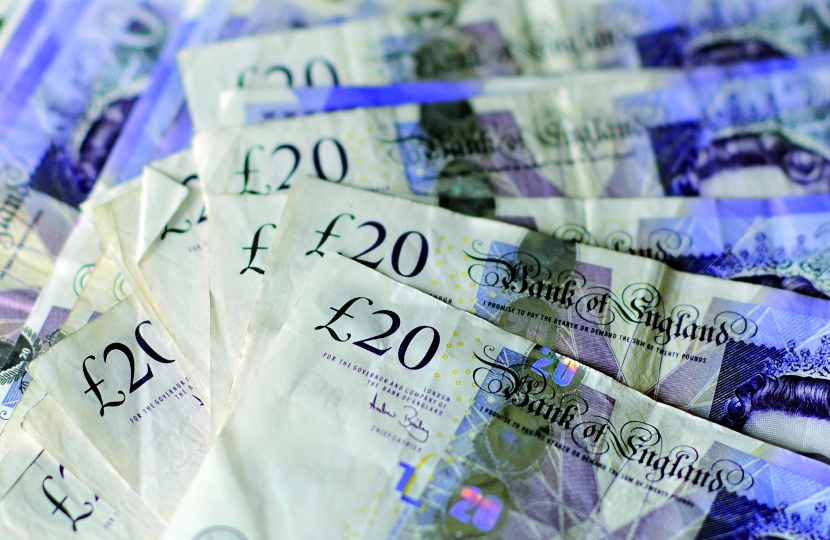 In response to the campaign emails she has received on tax dodging and HSBC, Theresa Villiers MP has issued the following statement:

The Conservatives have cut taxes as part of our long term economic plan to build the most competitive corporate tax system in the world. We believe in low taxes, but taxes that are paid. Our priority to make sure everyone pays the taxes that they owe – securing a stronger economy and a better future for Britain.

I am seriously concerned at the extent to which some big international companies have found complicated ways to reduce the taxes they pay in the UK to levels which in no way reflect their economic activity here. I am particularly worried that this means that small businesses in my Chipping Barnet constituency find it even harder to compete with big companies than they otherwise would. If a small shop in East Barnet Village or Hampden Square has to pay its taxes, then so should the big on-line retailers who are competing with them.

The UK Government has led world opinion on the need to crack down on this problem. The Prime Minister put tackling aggressive tax avoidance by multi-national companies at the heart of the UK’s presidency of the G8. This has led to concerted efforts in the G20 to fight back against the efforts of big business to avoid paying the taxes they should.

The Government has taken more action than any of its predecessors to tackle tax evasion and abusive tax avoidance. Every year of this Parliament, we have closed more and more of the tax loopholes we inherited, raising £85 billion more in tax revenue as a result.

If we are re-elected on 7th May, the Conservatives are committed to recouping an additional £5 billion by clamping down on evasion and abusive tax avoidance in the next parliament.

The Government has systematically worked through the 2010 ‘Lagarde’ list of abusive tax avoiders and brought in more than £135 million, increasing the maximum penalty for illegally hiding money in tax havens to 200 per cent of the tax evaded.

Over 90 countries last year signed up to new international Comprehensive Reporting Standards, further shutting down the options for tax cheats who pursue this increasingly high risk practice. To date our agreements with Switzerland and Liechtenstein alone have brought in around £2 billion in previously unpaid tax.

This Government has made over 40 changes to tax law. For example, we have introduced a General Anti-Abuse Rule which will deter the creation of abusive tax avoidance schemes and we’ve stopped hedge fund managers using partnerships to avoid paying tax on their income. We’re introducing a 25 per cent tax on multinationals’ profits where they’re artificially shifted out of the country. This will raise over £1 billion over the next five years.

We have led efforts within the G20 to reform the international corporate tax rules through the OECD Base Erosion and Profit Shifting (BEPS) project. Building on work done during the UK’s G8 presidency on tax transparency, we have vigorously promoted the development of automatic information exchange. Thanks to UK leadership, over 90 countries – all major financial centres (including Switzerland), all the G20, all the EU and all of the Crown Dependencies and Overseas Territories – have committed to begin exchanging this information by 2018.

We have invested £1 billion in HMRC since 2010 to tackle aggressive tax avoidance, evasion and non-compliance. HMRC have recovered more than £31 billion in tax as a result of interventions with large businesses. HMRC’s High Net Worth Unit has collected £852 million from the UK’s wealthiest people. Between 2010-11 and the end of March 2015, HMRC will have collected more than £100 billion in additional compliance revenues.

We will continue to tackle evasion and aggressive tax avoidance and to take effective action to ensure large multinational businesses pay their fair share. As regards the specific case of HSBC, I believe that it is important that every effort is made by the tax authorities to collect any taxes which are owed and to hold to account anyone who has been involved in unlawful activity.