Petition to save the fields at Whalebones presented in Parliament 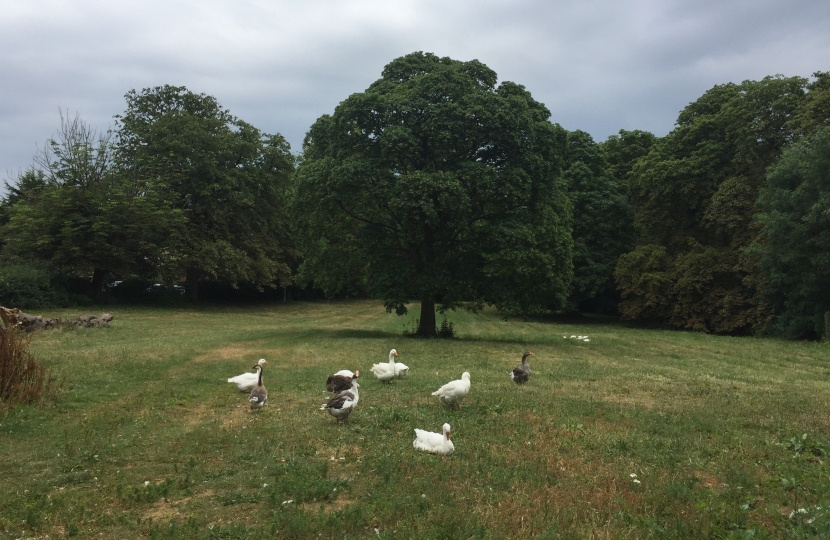 Chipping Barnet MP Theresa Villiers presented a petition to Parliament yesterday evening from local residents opposing the building of 152 houses and flats at Whalebones in her constituency.

Theresa is campaigning against the development on agricultural fields and an e-petition on her website gained more than 1,250 signatures from those who want a rethink by the developer, Hill, and the owners of the land, the Executors of the estate of Gwyneth Cowing.

The fields derive their name from the two massive jawbones of a blue whale, a local landmark that was erected over the driveway to Whalebones House in in the 1860s.

“These fields were owned by the late Gwyneth Cowing, a local artist, who was a redoubtable champion for Barnet’s natural environment” Theresa told MPs.

“They are an oasis of green in the middle of a London suburb. It would be heart-breaking to lose so much of them to development and it would be a great loss to the natural environment in Barnet.

“We can build the new homes we need without loss of precious green space of this kind. My constituents are appealing to the developers to cancel their plans to build, so that the fields at Whalebones can be conserved for future generations.”

The full text of the petition is as follows:

The petition of Residents of the Chipping Barnet Constituency,

Declares that we the undersigned object to the plans put forward by the developer, Hill, to build around 150 flats and houses on the fields at Whalebones in High Barnet; and further declares that an online petition launched by Theresa Villiers MP on this matter has received over 1250 signatures to date.

The petitioners therefore request that the House of Commons urges the Government to urge Hill and the owners of the site, the Executors of the will of the late Gwyneth Cowing, to drop their plans to build at Whalebones.