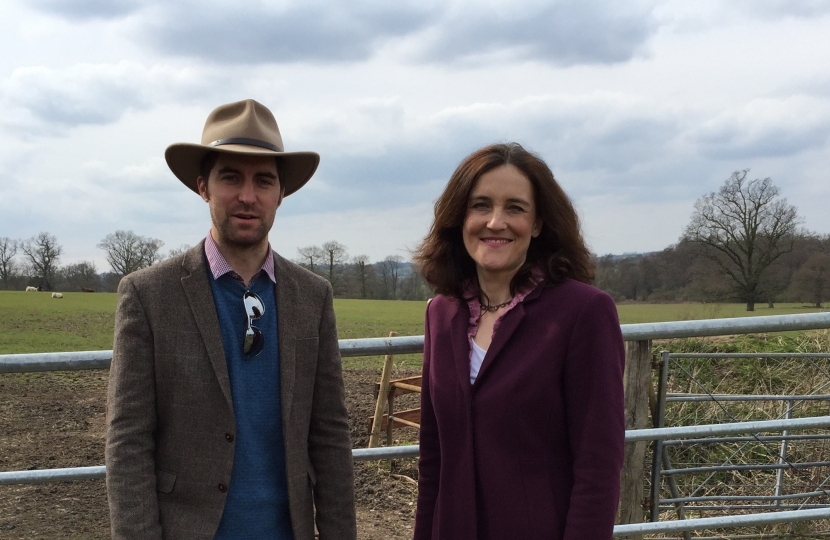 Theresa Villiers MP joined a team last Friday investigating the location of the Battle of Barnet, which took place in 1471, and was a crucial victory for the House of York in the conflict which later became known as the Wars of the Roses. Over the years, the precise location of the battle was lost, but has now been subject of renewed academic investigation. Along with representatives from the Barnet Society and the Barnet Museum, Theresa Villiers was given a tour by archaeologist Sam Wilson of the general area near Wrotham Park where the battlefield is now thought to be located. She was also shown some fifteenth century objects, including a coin and counter, which have been found nearby over recent years and donated to Barnet Museum.

The battle was originally thought to have taken place around Hadley Green and Hadley Highstone, but research undertaken by the University of Huddersfield in 2015 placed it further down St Albans Road towards Potters Bar. Work is still ongoing to discover the exact location, although progress has been made thanks to the work of amateur metal detectorists.

Theresa Villiers said "It was fascinating to hear of the careful work underway to try to locate the site of the Battle of Barnet. There are various clues to where it might be. Accounts of the battle written shortly after it took place describe the landscape and the proximity to St Albans Road. Over the years, people with metal detectors have also found objects in the local area which date from the time the battle took place."

"While we still don't yet have firm answers on the precise location of the battlefield, I believe that progress is being made and Sam and his team will ultimately find out where the battle actually took place. I cling to the hope that part of that might have been in my constituency though it looks likely that it may well be on the Hertsmere side of the borough boundary."