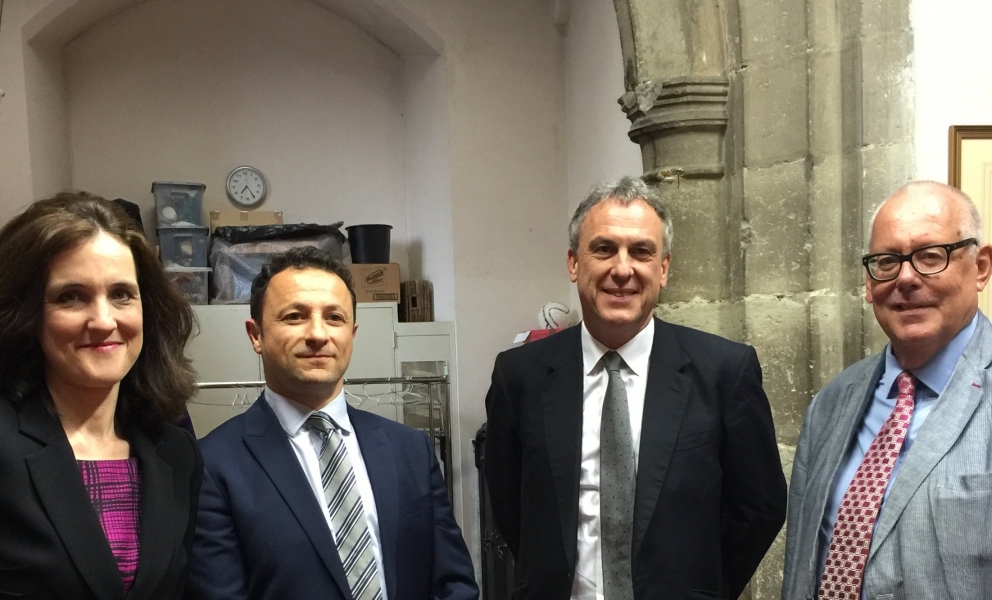 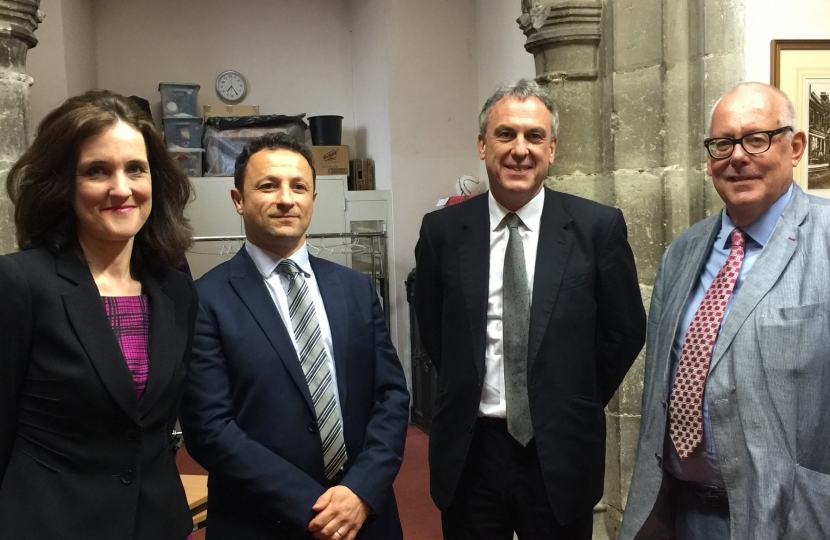 After a lively referendum debate at St John the Baptist Church, High Barnet, a large audience voted decisively in favour of leaving the EU.

The Leave campaign was represented by Theresa Villiers MP and former UKIP candidate, Keith Fraser. The Remain speakers were Sir Simon Fraser, former Permanent Secretary of the Foreign and Commonwealth Office and Jonathan Fryer, broadcaster and Vice-Chair of London4Europe. The event was chaired by Rector of St John's, Fr Chris Ferris.

Theresa opened up the debate for the Leave side with the following statement: “On 23rd June I will be voting leave because I believe will be more secure, more prosperous, and more democratic outside the EU.

I believe we should take back control over making our laws and controlling our borders. If we leave, we can spend money on our priorities instead of sending millions every week to the EU. We can take back control of our trade policy, boosting job creation by making it easier to business with the rest of the world, as well as negotiating a free trade deal with the EU.

We can introduce a sensible immigration policy which controls the overall numbers and admits the brightest and best from around the world; but puts an end to free-for-all migration from Europe which is putting real pressure on public services and housing.

Voting to stay is not the ‘safe option’. There is no “better the devil you know” choice. There are uncertainties whichever way we vote on 23rd June. But the biggest risks by far come with staying in the EU. If the country votes to stay, we are stuck in the EU for decades to come. It took over 40 years to get a second referendum and it might take another 40 years to get a third.

So we need to make this decision not just on the basis of the EU today but the EU in 10 years time or 20. We have only 8% of the votes in the EU’s law-making body, the Council of Ministers. Since records began, we have been defeated every time we have voted against a new EU law. Eurozone countries now have an in-built majority and they will be able to outvote us time and time and time again.

Our voting strength will become weaker and weaker with enlargement of the EU. Migration pressure will intensify as young people try to escape economic failure in the Eurozone and high levels of youth unemployment in many EU countries. If we stay in, the EU will take more power and more money from us every year.

If we leave, we’ll revitalise our democracy because the people making our laws would be the ones we elect at a general election who we can kick out of they get it wrong. Democracy is what this referendum is all about. The question is do we want to become an independent self-governing democracy again? I believe that we should.

After a question and answer session which ranged over various different aspects of the EU debate, the speakers were each allowed to set out some concluding thoughts to finish off the debate. Theresa appealed to the audience to vote Leave: “On 23rd June, the UK faces a choice between two alternative futures.

I have served the people of Barnet as their MP for 11 years. But before that I spent six years in Brussels as an MEP, trying to make the system work. But in my years in the European Parliament I came to the conclusion that the European Union is unreformable because it always has been, and always will be, primarily a political project. It’s all about creating a country called Europe. However hard we work, whatever we say, whatever we do, that will never change.

Joining the EU in the 70s was an admission of defeat based on the perception that Britain was destined for chronic decline, a situation far removed from the one we face today.

We can stand on our own two feet and we can flourish. It's time to become an independent self-governing democracy once again. It’s time to take back control. It’s time to leave.

If you want the UK to leave the EU please sign up to help with the campaign by going to the Vote Leave website at:

Speaking the Leave side Theresa Villiers and Keith Fraser; and for Remain Sir Simon Fraser, former Permanent Secretary of the Foreign and Commonwealth Office and Jonathan Fryer, Vice-Chair of London4Europe