Help for high streets: Theresa gets key safeguards into Budget 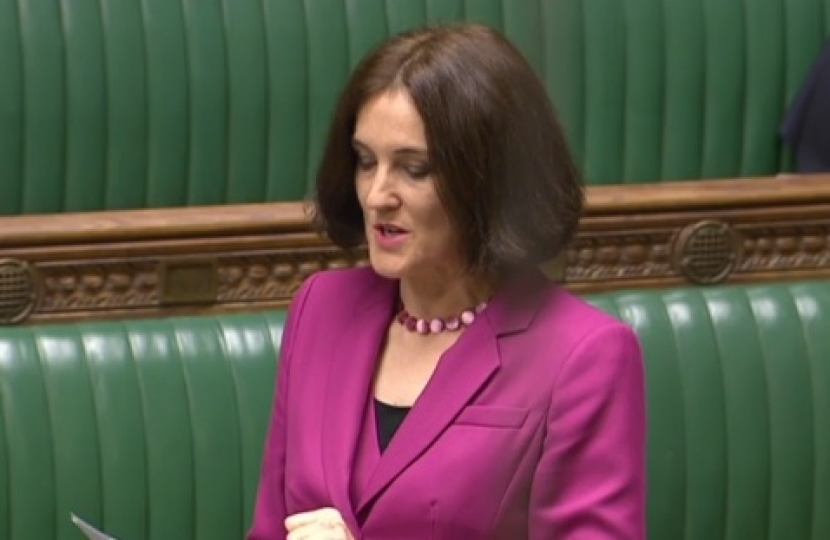 Theresa Villiers MP, a long-term supporter of small business in Barnet, has welcomed key safeguards outlined in the Budget today regarding business rates. She has also welcomed concessions from the Chancellor on his proposed changes to the way self-employed people and small businesses submit their tax returns.

Theresa had previously asked the Government to think again about the business rate revaluation currently underway, which she feared would place a significant burden on small businesses, independent retailers and local high streets. She has also expressed serious concern about the Government’s Making Tax Digital programme, under which small business owners and the self-employed will be asked to submit quarterly tax reports to HMRC. In the Budget today, the Chancellor of the Exchequer promised a £435 million package of help with business rates and announced a year’s postponement of the Making Tax Digital scheme for smaller businesses.

In February, Theresa was one of several MPs to ask the Government to reconsider the proposed business rate increases. She spoke out in defence of local high streets, arguing that the tax burden should be shifted away from high streets and independent retailers because they continue to face difficult challenges. The original proposals would have had a mixed effect on local businesses, seeing a complete relief for some small office based businesses in areas like Barnet but, depending on location, leaving other high street properties such as cafes and restaurants potentially hit by big increases.

As a result of this campaign, the Chancellor set out key safeguards in the Budget. No business losing relief will see their bill increase more than £50 per month over the next year, while any subsequent increases will be capped to a maximum of £50.  There will also be an additional £300m fund for local councils to offer discretionary relief for hard cases.

In December last year, Theresa set out her concerns on HMRC’s Making Tax Digital scheme in a speech in Parliament. She made it clear that she feared that the obligation to send quarterly reports to HMRC would mean cautious small business owners and self-employed people could be forced to hire professional help four times a year for their tax return, rather than once. She kept up the pressure and today the Chancellor confirmed that small businesses with turnover under the VAT threshold will not be brought into Making Tax Digital scheme until April 2019.

Theresa Villiers said: “Striking the right balance when it comes to business rates will never be easy, but the Budget offers some important reassurance. Supporting small businesses should always be a priority, especially those on the high street. I welcome the news that businesses will have any increases capped. The introduction of the discretionary relief fund will provide further help.

“I also very much welcome the postponement of quarterly tax reporting obligations for one year for the smallest businesses. I am pleased that the Government has listened to what I and others have said about Making Tax Digital. I continue to have concerns about this scheme. It remains the Government’s intention to apply it from 2019 to all self-employed people, buy-to-let landlords and small businesses with a turn-over of more than £10,000. I hope they will raise that threshold. But today’s announcement is a real step in the right direction. The extra year will give further time to test the system and establish whether it works effectively or not.”