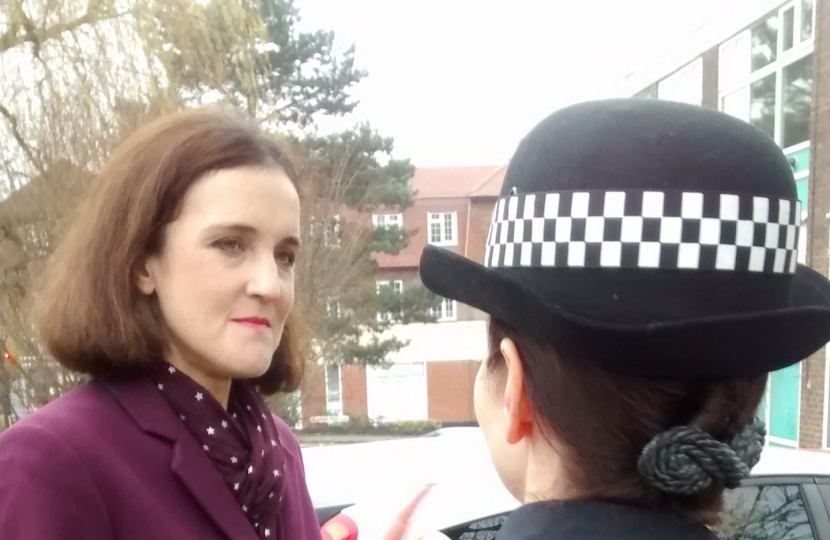 A Barnet MP has joined the leader of the council in opposing the closure of Barnet police station. Chipping Barnet MP, Theresa Villiers, and Leader of Barnet Council, Richard Cornelius, objected to the City Hall proposals at a consultation meeting held by the Metropolitan Police and the Mayor’s Office for Policing and Crime in Hendon Town Hall on Monday.

The proposed closure of the police station in High Barnet — and a further 12 bases and offices across the borough — is part of a drive by City Hall to save money from the Metropolitan Police budget.

But Councillor Cornelius said both he and Ms Villiers would stand up for residents’ right to have a police station nearby. Speaking after the meeting, he said: “We all know public spending has to come down. Debt interest payments alone are now £5 billion greater than the Government’s entire public order and safety budget, which cannot be right.

“But closing another police station in Barnet is not the answer. We have the largest population of any London borough but we’re also the fourth largest by area — residents need to know there are police officers nearby who can arrive swiftly in an emergency.

“I would remind the Deputy Mayor that Barnet taxpayers already make the single biggest contribution to the Met budget but receive the fewest police officers per head in return.”

Theresa Villiers said: "Barnet gets a raw deal from the Mayor already in terms of police resources. Losing Barnet Police Station would leave vulnerable residents faced with a long and complicated journey across the borough if they want to report a crime in person. Limited budgets are not an excuse because the previous London Mayor managed to keep the station open. My constituents can count on me to keep up the fight to save Barnet Police Station."

The plans set out by the Mayor would leave Colindale as the one single police station in the borough.