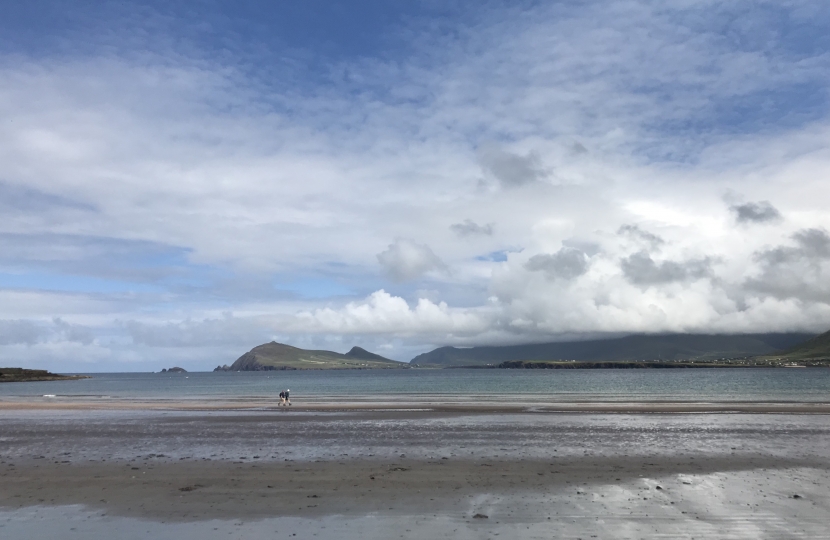 Speaking in the World Oceans Day debate in Parliament this week, Theresa said the Government had done more than any Government ever before to address the pollution tragedy in the marine environment.

However, the former Environment Secretary also warned there was still much more to do.

“I appeal to the minister to try to make progress as soon as possible on the deposit return and the extended producer responsibility (EPR) schemes. It has been three years since they were first announced, and we need to get them into operation."

Theresa said Government initiatives to stop plastic waste ending up in our seas had been world leading.

"We were one of the first countries in the world to introduce a wide-ranging ban on microbeads in personal care products,” she told MPs. “Our bag charges have caused the use of plastic bags to plummet.

"Our deposit return scheme should mean that millions of bottles are returned for recycling, not casually cast away. Our plan for EPR will mean that companies that benefit from plastic packaging should pay the cost of its disposal.

“If correctly constructed, that should provide a strong incentive to cut down on unnecessary use of plastic, ensure more packaging is reusable or recyclable and create a new income stream to help clean up our streets and oceans."

She added: "We have led the debate at a global level on marine conservation through initiatives such as the Commonwealth Clean Ocean Alliance. Now, we have an unprecedented opportunity to use our presidencies of the G7 and COP26 to push for urgent global action to protect the rich biodiversity of our seas.

“Future generations will judge us on whether we succeed or fail in meeting the great environmental challenge that we are considering. We must strive to pass the test.”