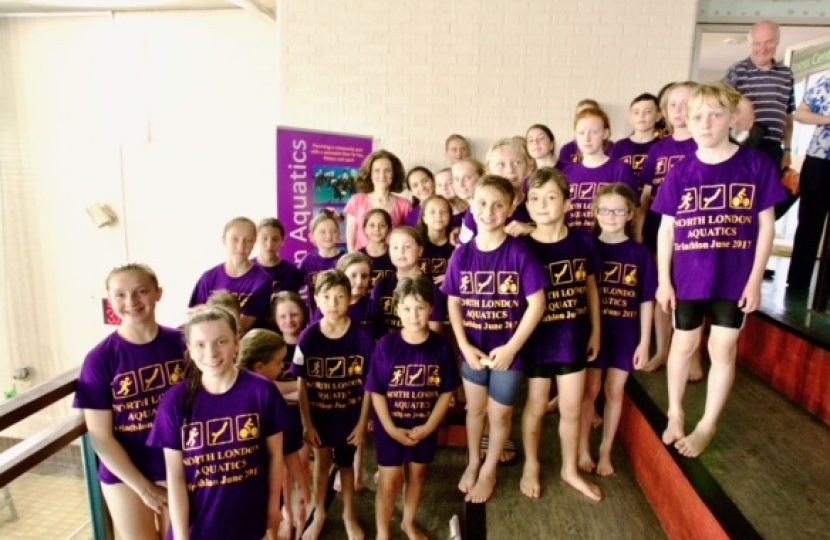 Theresa Villiers, MP for Chipping Barnet, has given her backing to the campaign to build a new diving facility for north London at Copthall in Mill Hill.

Over the summer, Theresa met up with Wendy Kravetz and Cllr Sury Khatri from North London Aquatics (NLA) to hear about their project to replace the diving pool at Copthall after the leisure centre there is rebuilt.

Barnet Council has promised to provide land and £500,000 and North London Aquatics (previously called Save Barnet Diving) are working on raising the remainder.

Following the meeting, Theresa Villiers said: “I was very impressed to hear of the plans Wendy, Sury and the NLA Team have to raise the funds needed to build a new diving pool for London at Copthall.

This excellent new diving centre would welcome people of all abilities and include state of the art facilities for disabled people. I'm happy to support North London Aquatics and I enjoyed attending their successful triathlon event in July. I will be backing their funding applications to various sporting bodies and charities. I very much hope the Mayor of London will step in to match the contribution already committed by Barnet Council.”

Theresa is encouraging her constituents to support the North London Aquatics project by clicking on these links to their pages on Facebook and Spacehive. Last year, Save Barnet Diving collected over 9000 signatures on a petition in support of the diving pool at Copthall.